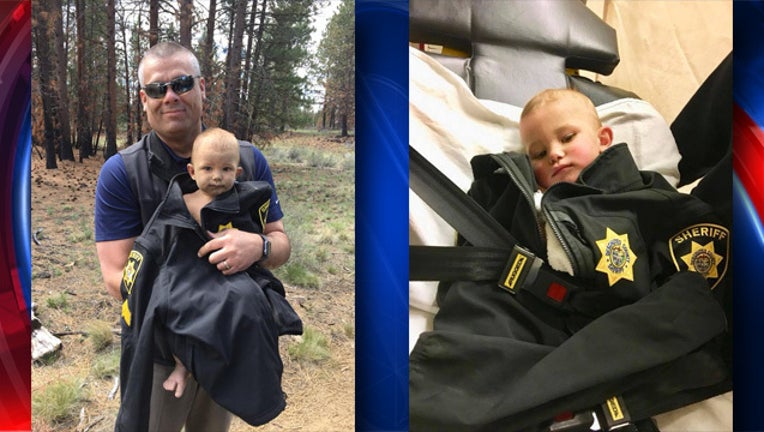 An infant who went missing Thursday was found naked and unharmed in the woods in Oregon hours later and his father was arrested for leaving his son alone, police said.

Bradley Thomas, a 1-year-old boy, was found by police after being left in the woods in Deschutes County, The Oregonian reported. The boy’s father, Brandon M. Blouin, 25, of Belpre, Ohio, was arrested after being accused of leaving his child alone in the woods.

Police suspect the father was on drugs when he went to search for the boy’s mother in the woods. Blouin was staying in an SUV with the mother and child when the woman, an unidentified 18-year-old female, left. Blouin took the baby as he searched for the woman but put him down and left Bradley in the woods alone and naked.

The Deschutes County Sheriff’s Office used helicopters, officers on horseback and drones to find the infant until a detective found the baby in the dirt about a mile from where the vehicle Blouin was staying in was located. The child was wrapped in a sheriff’s jacket to stay warm.