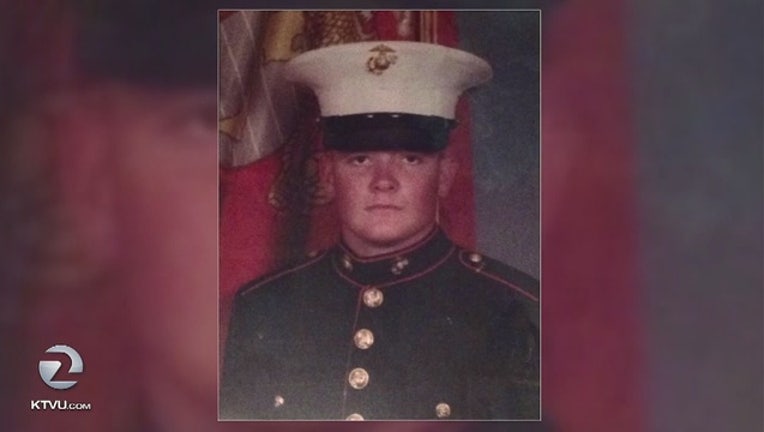 Everitt Jameson, 26, is set to face 15-years in prison after pleading guilty to a charge of attempting to provide material support to a foreign terrorist organization.

The former U.S. Marine had been meeting with an undercover FBI agent whom he believed to be associated with the Islamic State group, according to a statement of facts included with his plea agreement.

Jameson began developing the never-completed plan through emails and text messages with a confidential FBI source and an FBI agent posing as Islamic State supporters, according to the statement of facts agreed to by both sides.

In an FBI affidavit, investigators said Jameson espoused "radical jihadi beliefs," including social media posts that support terrorism and he offered to give people who shared his beliefs rides in his company tow truck.

The investigation began when the FBI noticed last fall that Jameson was posting "Like" and "Love" notices on Facebook that were pro-terrorist.

The confidential source, posing as a woman sympathetic to the Islamic State group, began contacting him in October.

Jameson told the source he had converted to Islam two years earlier and was trained as a sharpshooter in the Marines.

Later, an undercover agent posing as a "brother" in the cause took over and discussed the plan in a meeting in the agent's car on Dec. 16 and in additional messages over the next two days.

During those conversations Jameson said he knew how to build a pipe bomb and suggested Pier 39 as the target location and said Christmas Day was the "perfect day" for the attack according to the statement of facts.

The investigation took a different turn on Dec. 18 when an unidentified FBI agent accidentally called Jameson's cellphone from a telephone number with an area code from Washington, D.C.

The employee hung up when Jameson answered in Arabic, but Jameson called back and heard a recording with the employee's name.

Later that evening, Jameson told the undercover agent by phone, "I don't think I can do this after all. I've reconsidered."

Jameson was arrested on Dec. 22 and charged in a criminal complaint filed that day. The complaint was later replaced with a two-count grand jury indictment.

As part of the plea agreement, prosecutors agreed to drop the second count of the indictment, which charged Jameson with distributing information about destructive devices.

Jameson entered his guilty plea before U.S. District Judge Lawrence O'Neill and is set to be sentenced by O'Neill on Sept. 4.