Mom uses cardboard cut-out of herself to calm toddler

This mom and dad may have come up with the ultimate parenting hack.

TOKYO - A mother in Japan started using a cardboard cut-out of herself to keep her 1-year-old son from crying whenever she leaves the room.

Fuki Sato and her husband Neji Sato came up with the creative parenting hack and shared photos and video of the trick on Twitter.

“It’s hard because my 1-year-old child cries as soon as Mom disappears,” father Neji Sato wrote on Twitter, according to a translation by the Daily Mail. “As a countermeasure, I experimented with what would happen if I set up a ‘life-sized panel mother.’” 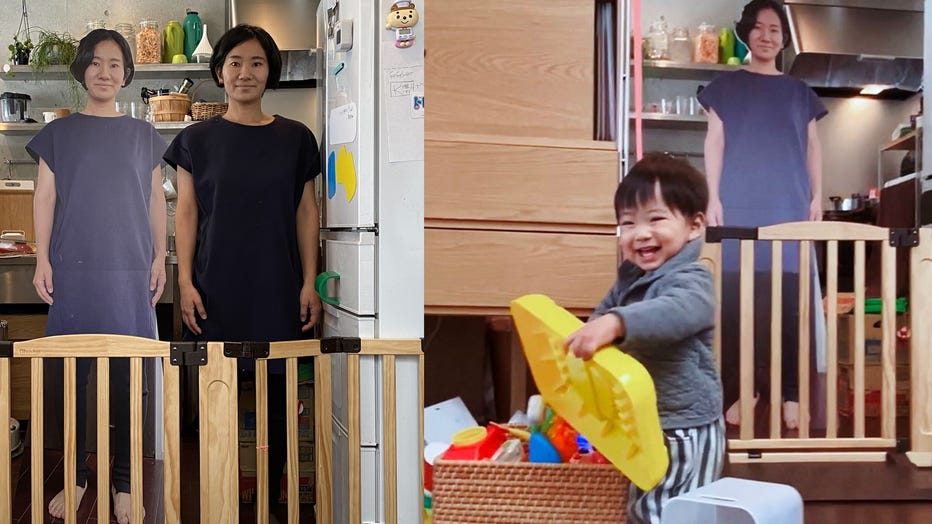 Fuki Sato and her husband Neji Sato came up with a clever ploy to keep their son from crying every time his mom left the room. (Photo credit: Twitter / @sato_nezi)

He added, “As a result, it is not noticed for about 20 minutes. This panel may be useful occasionally.”

One photo shows the cardboard “mother” standing up and watching over the boy playing, while another shows her kneeling on the floor and smiling.

In a video, which has been viewed more than 2 million times, Fuki Sato is seen setting up the cardboard cut-out and leaving the room. The young boy, who is watching television, briefly looks around for his mother and appears to be content that she’s still there — watching from the kitchen.

The toddler is later seen playing with toys and adorably smiling from ear-to-ear with his “mom” looking on, so it appears the experiment worked (at least temporarily).