Evacuation zones appear to be thinning out.

One person has died and another person has been injured since the fires were sparked by lightning on Aug. 16.

Cal Fire said Saturday morning that the fires have destroyed 620 homes and 57 other structures. Another 10,207 are threatened.

Firefighters say damage assessment of roads and bridges in areas being repopulated is 70-percent complete.

People returning home are advised to be vigilent, since the fires are weakenng trees, roads and bridges.

Some areas are still too dangerous, and remain off limits.

Fire can even travel underground.

"This type of ground fire can be really dangerous for firefighters," said Kate Wilkin, San Jose State fire ecologist. "Because if you step on an area and the ground underneath is not there anymore and it caves in, you can fall into an area that is very hot."

The blazes have forced an estimated 45,000 residents to evacuate. 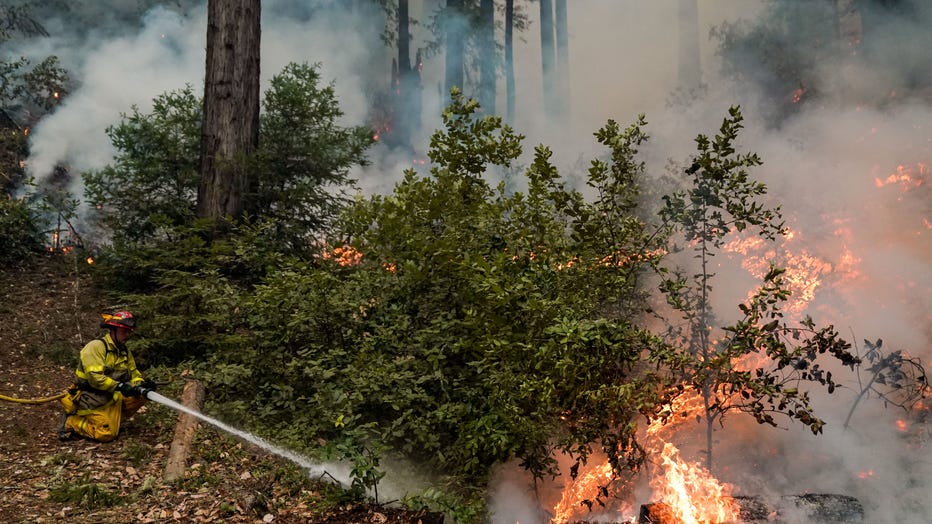 BEN LOMOND, CA - AUGUST 21: Ben Lomond firefighters work on a blaze at The Sequoia Retreat Center during the CZU August Lightning Complex Fires on Friday, Aug. 21, 2020 in Ben Lomond, CA. The University of California at Santa Cruz campus and nearby t