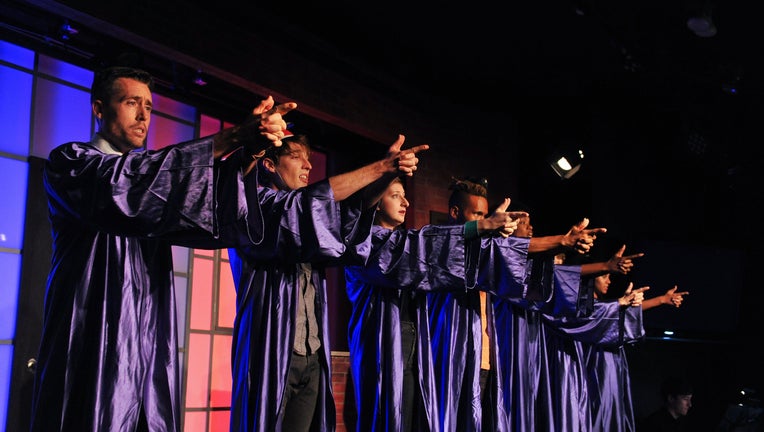 Coming to The City that dubbed this group a bunch of domestic terrorists: "More Guns! A Musical Comedy about the NRA."

"This ludicrous satire of gun culture goes beyond a simple satire to provide heart and nuance to a complicated issue," Second City Hollywood producer Philip Labes and writer Michael O'Konis said in a joint news release on Friday. "We hope to inspire empathy through laughter and ticket sales."

The show's premise features Ron Barkley (Andrew Pifko), the head lobbyist for the NRA. His life is tough — his daughter (Marnina Schon) is a liberal socialist with a penchant for protests and granola boyfriends (Philip Labes), and for some reason, the entire country is up in arms about gun control.

But when Ron prays to God for divine intervention, he receives a magical gun that turns people – into guns. Because after all, if you’ve got problems, the solution is always more guns!

The 70-minute adult-oriented play has been playing in Los Angeles for the last 18 months, and the promoters wanted to bring it to San Francisco.

In September, the San Francisco board of supervisors voted to classify the NRA a domestic terrorist organization. In turn, the NRA sued San Francisco for "blacklisting" their members, and then dropped the suit early last month.