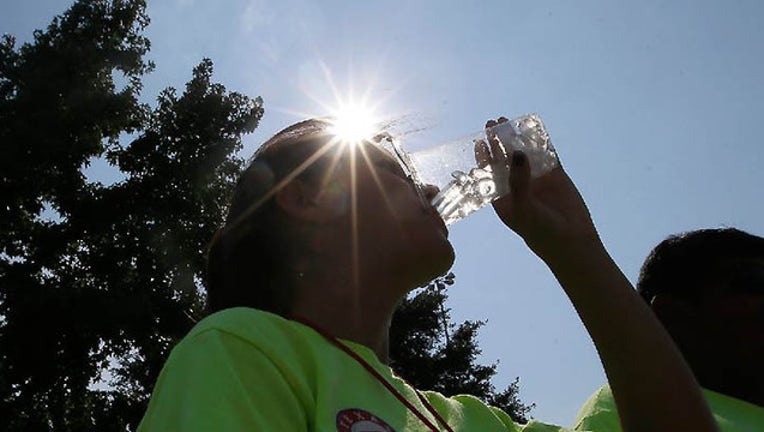 LOS ANGELES (AP) - California is still in the grip of a record-setting heat wave.

The National Weather Service says cities up and down the state had record high temperatures for the date Monday.

Records were tied or broken in more than a dozen other places, including Long Beach, Chula Vista, Escondido, Modesto and airports in Oakland and Sacramento.

Forecasters say the heat will continue through Tuesday before a low-pressure system starts cooling things down and bringing a chance of rain. But the heat should build again later this week in Southern California.