A mother is mourning the loss of her six-year-old son whose life was cut short when another driver collided with the family who was on their way to a doctor's appointment on Dec. 2 in Gilbert.

GILBERT, Ariz. - A family is in mourning after the loss of a 6-year-old who was killed in a Gilbert car crash on Dec. 2.

Officers responded to the area of Baseline Road and Val Vista Drive around 2:30 p.m. That's where a pregnant mother was hit while driving her children to a doctor's appointment. 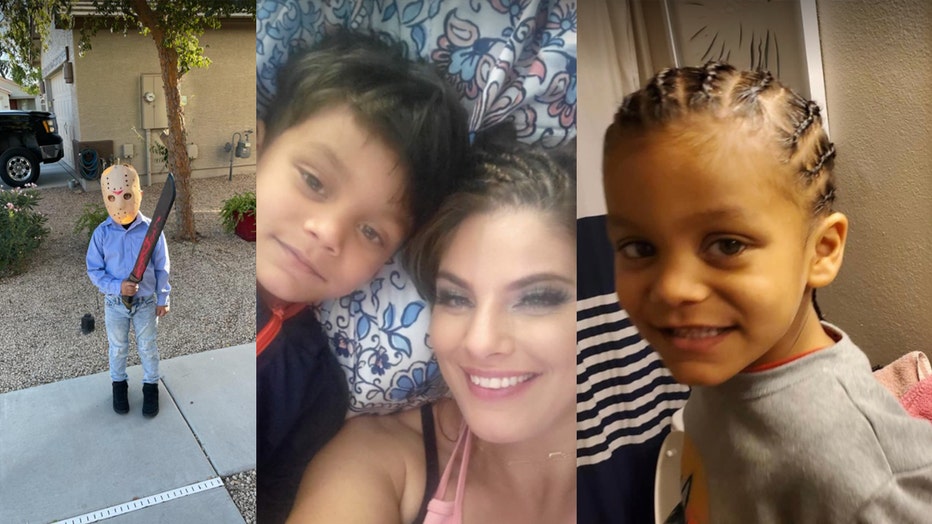 6-year-old Eduardo was killed in a Gilbert, Arizona crash. Photos courtesy of his mother, Jenna Foglesong

Eduardo, 6, was rushed to the hospital in critical condition and died soon after. She and her teenage son are doing OK after the crash, but emotionally, they're distraught.

Eduardo is described by his mother as a sweetheart who loved everyone and always had a smile on his face. He was the youngest of her four sons.

"There is so much I could say about him," she said. "He was a sweet, sweet baby. Always cared about everybody else and I know he was only six, but he always showed a lot of emotion to other kids."

Foglesong says she feels guilty after the crash, although she says she wasn't at fault for the crash.

"I’m a mess, that was my baby, baby. So obviously there’s a lot of guilt because as parents, we beat ourselves up for everything, you know what I mean? For little things that we do. During the day I’m trying to stay away from that route because then it makes me think about other days," Foglesong said.

For now, she’s focusing on the good memories they shared and wants others to appreciate every day and every little moment.

To donate to the family, visit this link.

Mother loses her 6-year-old boy in Gilbert crash: 'He was a sweet, sweet baby'

Family friend sets up memorial in honor of Eduardo

13-year-old Ginger Kuntz is friends with the family and says Eduardo asked her for a Christmas present this year, something she now won’t be able to do.

Instead, a memorial was set up to gather toys and notes in his honor.

"He was amazing and he was like my best friend and like another brother to me. I also last saw him Wednesday. That’s the last time I ever got to say anything to him," she said.

At the crash site, Baseline Road and Val Vista Drive, a Christmas Tree is set up and anyone can drop off a gift that'll be donated to the family.

Loved ones gathered in honor of 6-year-old Eduardo who was killed in a Gilbert crash. Friends and family are asking for donations to give to his family during the holidays.