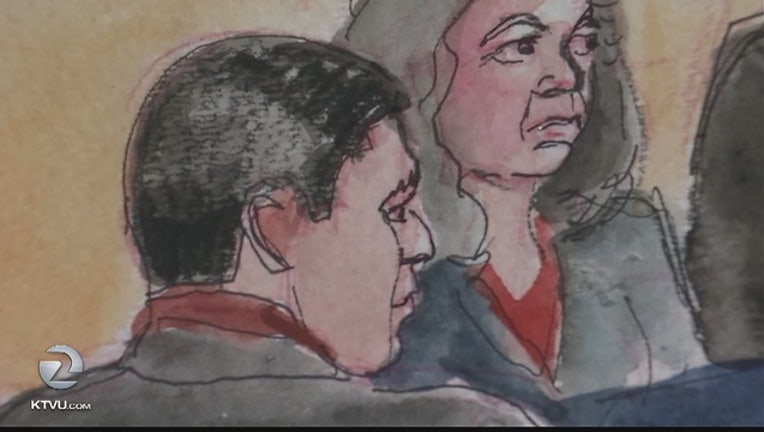 What counsel can convince the jury that Antolin Garcia-Torres did on the morning of March 16, 2012 will determine his conviction, but on the witness stand in a San Jose courtroom this morning, the mother of his children proved unable or unwilling to recall much of anything about his whereabouts.

Francine Sarmiento testified for about 90 minutes this morning, claiming not to remember almost any details about the morning when 15-year-old Sierra LaMar went missing out of rural Morgan Hill.

Questioning by the prosecution revealed today that Sarmiento has given inconsistent accounts of her ex-boyfriend's whereabouts and other details over the years, including in an interview with a Santa Clara County sheriff's sergeant on April 7, 2012 as well as two testimonies before a grand jury in 2012 and 2014.

Sarmiento also claimed that she had "made up" a piece of her testimony before the grand jury, about Garcia-Torres' particular method of folding and half-rolling up his pants, a piece of evidence relevant to how
Sierra's pants were found in her backpack with the rest of her clothes in the days after her disappearance.

Today, Sarmiento said she wouldn't have known how Garcia-Torres folded his pants because he never did laundry or folded clothes.

Defense attorney Al Lopez took the opportunity to offer an innocent explanation for Garcia-Torres' purchase of a turkey baster and jug of bleach days before Sierra went missing, asking Sarmiento whether
Garcia-Torres used bleach on his laundry.

"Not that I know of," Sarmiento said.

Boyd argued in his opening statement last month that Garcia-Torres bought the items to break down DNA evidence of a sexual assault. Neither item, both of which Safeway Club Card records show were purchased around midnight, was found in Garcia-Torres' car or trailer.

Sarmiento testified on Thursday afternoon that midnight would not have been a normal time for Garcia-Torres to go grocery shopping.

Today, Sarmiento told Lopez that though the defendant used to pick her up from Chipotle when she worked until midnight, he did not typically go grocery shopping alone, wouldn't have gone at that time and would have mentioned having purchased household items.

The turkey baster could be used as a tool for manufacturing concentrated marijuana wax, which Lopez demonstrated to the jury last month.

There will be no afternoon sessions on Wednesday or Thursday, but even after a short week, the trial is running "roughly on time," Zecher said.