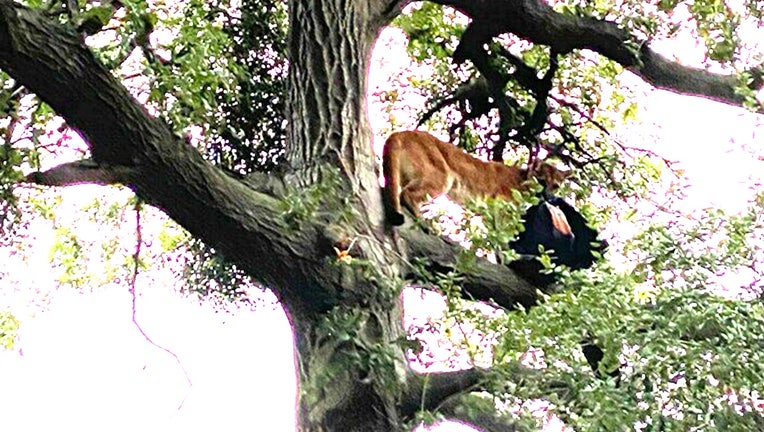 LAKE FOREST, Calif. - A 3-year-old boy was attacked by a mountain lion while hiking with his family at Whiting Ranch Wilderness Park in Lake Forest Monday afternoon, authorities said.

Emergency crews were called to the park at about 4:12 p.m. in the 26700 block of Portola Parkway.

The child, who was hiking with his parents and three siblings, suffered injuries to the neck as a result of the attack, according to the Orange County Fire Authority. The family was walking in the park with the 3-year-old in front of his father when the feline came out of nowhere from a nearby tree and grabbed the child by the neck.

The father, an experienced hiker who thought of the scenario several times, threw a backpack at the mountain lion. The big cat then dropped the child in lieu of the backpack and jumped up a tree, the Orange County Fire Authority said.

The child was rushed to a local hospital with non-life-threatening injuries, officials said.

Authorities confirmed the child was released from the hospital Monday night, after the attack that left the young victim mentally and physically traumatized.

During Tuesday's news conference, officials received a call from forensic scientists that confirmed that the mountain lion that was euthanized was the one involved in the attack.

A 35-year-old cyclist, Mark Reynolds, was killed by a mountain lion in the park in 2004. He was fixing his bike when he was attacked by the puma, which then attacked two other people who found Reynolds' body.