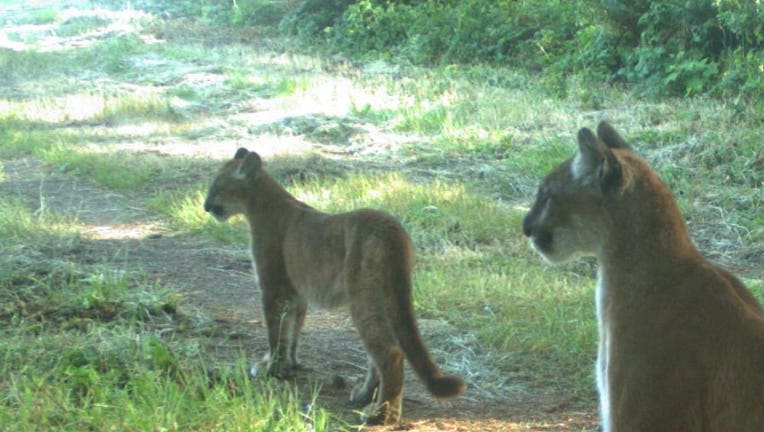 SAN FRANCISCO - If you see a mountain lion in San Francisco, officials advise that you back up slowly facing the animal and do not run.

San Francisco Police Department said a mountain lion cub was spotted in the East Cut-Rincon Hill area of downtown. San Francisco Animal Care and Control initially put out a notice of the young animal's sighting on Tuesday, but Wednesday evening they reiterated residents should use caution if they encounter the lion.

"It is likely the mountain lion is confused and lost and will soon find its way south and out of the city. If approached by the lion, make yourself big and shout," SFPD tweeted.

Animal care officials advised residents to be cautious when outside, especially after dark and before daybreak. If you have a small child or dog, pick them up if the lion approaches, they said.

"Wave your arms, shout, throw something, back away slowly," Animal care said.

Officials initially said on Tuesday, the mountain lion was seen on Market Street near Front Street. "This is a very young animal-much smaller and younger than mountain lions usually are when they disperse and explore new territory," SF Animal Care & Control said.

They posted a photo of a different cub of about the same age on social media.