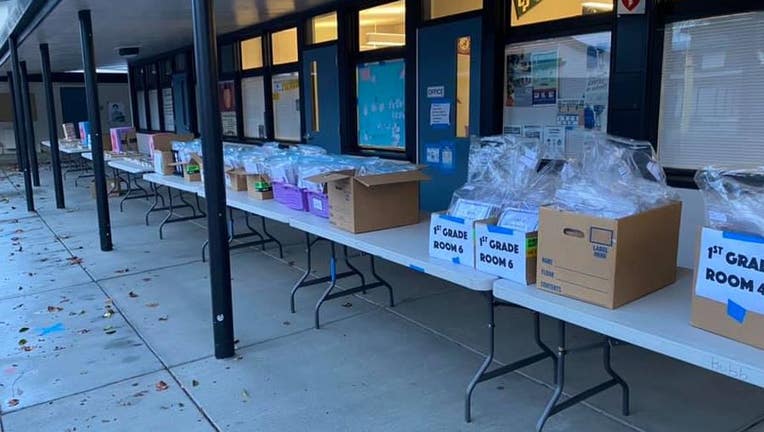 MOUNTAIN VIEW, Calif. - An elementary school in Mountain View is closed Thursday because of a potential threat targeting students and staff, police said.

Police did not elaborate on the nature of the threat but said school administrators ultimately decided to close the campus for the day out of an abundance of caution.

The department said officers will have an increased presence at Bubb Elementary and other schools in the city Thursday.

No other details about the case were immediately available.

And earlier this week in the East Bay, Pinole Middle School was forced into lockdown because a student brought a pellet gun to campus.

Police say someone reported seeing the gun, which they said appeared to be a real semi-automatic weapon.

Police located the gun in a student's backpack.

Investigators say the student was detained for questioning and no one was injured.

A student brought a pellet gun to Pinole Middle School with some thought looked like a semi-automatic rifle.