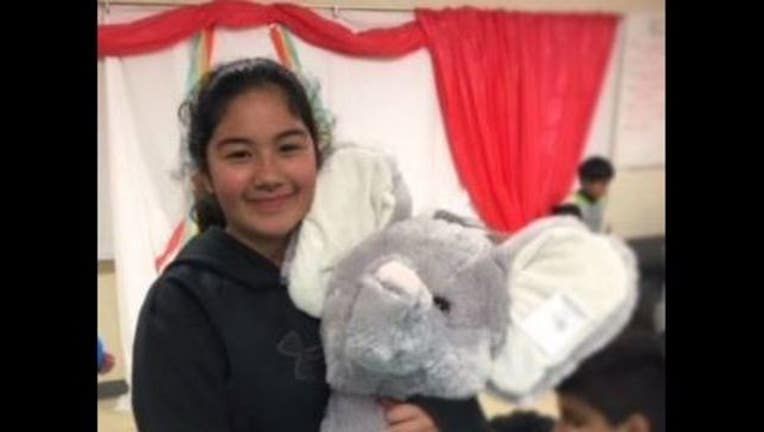 UPDATE: Police say they have found a girl who had been missing since Wednesday morning.

Police tweeted Thursday nigth that 11-year-old Diana Flores-Leiva was found safe. Authorities did not elaborate on where she was found.

Earlier in the day, police said they suspected she was a runaway.

Police are asking for the public's help in locating a missing 11-year-old girl who was last seen on Wednesday morning, according to police.

Police said Diana Flores-Leiva was last seen before 9 a.m. this morning at the intersection of the El Camino Real and Bay Street. According to police, she was wearing a green sweatshirt with the word "PINK" on it, jeans, black shoes and a black backpack.

Meanwhile, in an unrelated case police were searching for a 12-year-old girl missing in Union City. She was later found at school.