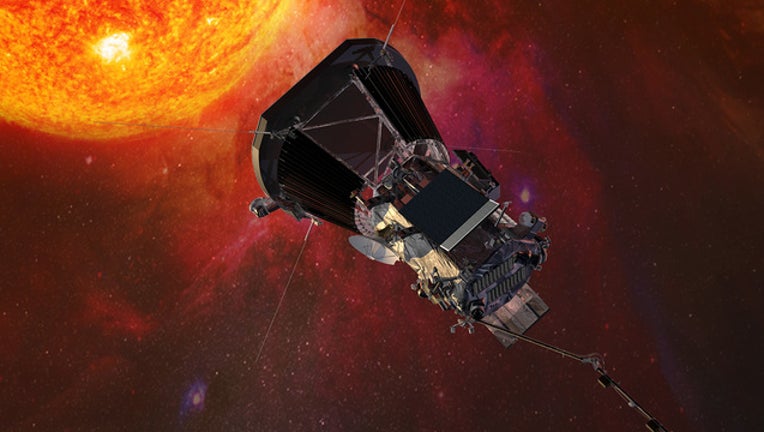 CAPE CANAVERAL (AP) - A NASA spacecraft will aim straight for the sun next year and bear the name of the astrophysicist who predicted the existence of the solar wind nearly 60 years ago.

The space agency announced Wednesday that the red-hot mission would be named after Eugene Parker, professor emeritus at the University of Chicago. It's the first NASA spacecraft to be named after a researcher who is still alive, noted the agency's science mission chief, Thomas Zurbuchen.

Scheduled to launch next summer from Cape Canaveral, the Parker Solar Probe will fly within 4 million miles of the sun's surface - right into the solar atmosphere. That will be considerably closer than any other spacecraft, and subject the probe to brutal heat and radiation like no other man-made structure before. The materials weren't available until now to undertake such a grueling mission.

The purpose is to study the sun's outer atmosphere and better understand how stars like ours work.

NASA spacecraft have traveled inside the orbit of Mercury, the innermost planet.

"But until you actually go there and touch the sun, you really can't answer these questions," like why is the corona - the outer plasma-loaded atmosphere - hotter than the actual surface of the sun, said mission project scientist Nicola Fox of Johns Hopkins University's Applied Physics Laboratory.

The announcement came during a University of Chicago ceremony honoring Parker, who turns 90 on June 10. Parker called it "a heroic scientific space mission," referring to the temperatures and solar radiation to be endured by the spacecraft, and the extreme safeguards taken. The probe will be "ready to do battle with the solar elements as it divulges the secrets of the expanding corona," he said.

While 4 million miles may not sound that close, it is by solar standards, according to Fox. She urged the crowd to remember while viewing the total solar eclipse this August to remember that the spacecraft eventually will be "right in there" amid the hazy corona surrounding the sun.

"Solar probe is going to be the hottest, fastest mission. I like to call it the coolest, hottest mission under the sun," Fox said.

The spacecraft will carry a chip containing photos of Parker as well as a copy of his ground-breaking research paper from 1958.

Parker's prediction of solar wind - the intense flow of charged particles or plasma from the sun - initially was met with skepticism and even ridicule. But it was confirmed a few years later by observations from NASA's Mariner 2 spacecraft. Until then, scientists believed the space between planets was merely vacuum, rather than part of the encompassing heliosphere it proved to be.