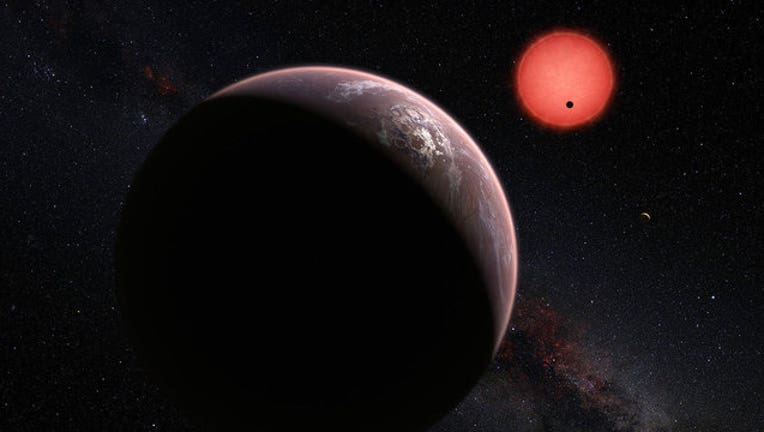 NASA on Tuesday announced 1,284 new planets orbiting stars outside our solar system, called exoplanets. That's on top of the approximately 1,000 previously authenticated exoplanets detected by the Kepler Space Telescope since its launch in 2009.

Scientists taking part in the news conference were ecstatic — it's the biggest planetary collection ever verified in a single swoop.

"One of the great questions of all time, and one of NASA's science objectives in our journey to the solar system and beyond, is whether we are alone in the universe," said Paul Hertz, director of astrophysics for NASA. "The first step in answering this question is to detect and understand the population of planets around other stars."

According to NASA, more than 3,200 exoplanets have now been confirmed, out of nearly 5,000 candidates discovered to date from all sources, including ground observatories. Kepler has accounted for the vast majority.

The old process for confirming planets among the Kepler-identified candidates involved slow and laborious follow-up observations by ground telescopes.

This new batch of planets comes from a statistical analysis led by Princeton University researcher Timothy Morton. And there are sure to be more — possibly as many as 1,327 more from among the Kepler-detected candidates listed in the telescope catalog as of last July.

"This is the most exoplanets that have ever been announced at one time," Morton told reporters. The research was published Tuesday by Astrophysical Journal.

Princeton's method — using a fast and automated software system called Vespa — puts the likelihood of true planethood for each confirmed planet at more than 99 percent. Vespa relies on thousands of incoming signals from Kepler's candidate planets. A periodic dip in a star's brightness is the telescope's tip-off of a potential planet.

Of the 1,284 newly verified planets, nearly 550 of them are thought to be Earth- or super Earth-sized and quite possibly rocky, according to NASA. This includes more than 100 new planets estimated to be 1.2 times the radius of Earth or smaller.

Nine of these close-to-Earth-sized planets appear to orbit in the habitable zone of their stars. The tally for this Goldilocks zone of not too hot and not too cold, allowing for liquid water, now stands at 21 exoplanets following Tuesday's announcement.

Kepler is, by far, the keenest spy when it comes to exoplanets. It had a close call last month when it went into emergency mode, 75 million miles away. Flight controllers managed to resuscitate the craft.

Mission manager Charlie Sobeck assured reporters Tuesday that the problem, while still unidentified, appears to have been transient and the telescope is performing just as well as before the episode. It's on an extended mission, having completed its primary objectives in 2012.

NASA plans to launch another planet-hunter next year. Scientists said the Princeton method will be directly applicable to future missions as well.

All this is going to change the way we see the universe, Batalha said.