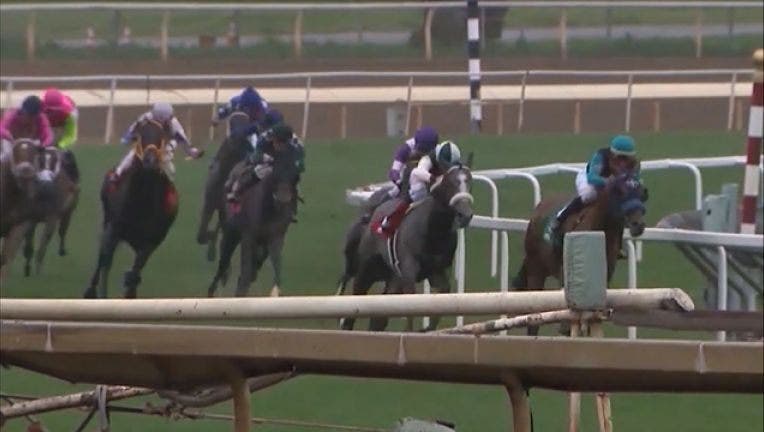 SACRAMENTO, Calif. - A coalition of Native American tribes has proposed an initiative for the 2020 ballot that would legalize sports betting in California at Indian gaming casinos and licensed racetracks, according to a report Wednesday.

Eighteen tribes led by the Pechanga Band of Luiseno Indians filed papers with the state attorney general’s office seeking a title and summary for the initiative that would allow them to begin circulating petitions to qualify the measure, according to the Los Angeles Times.

The constitutional amendment proposed by the tribes for next year’s ballot would allow wagering on professional, college and some amateur sports - though not high school sports.

“Californians should have the choice to participate in sports wagering at highly regulated, safe and experienced gaming locations,” Mark Macarro, chairman of Pechanga, said in a statement.

The initiative would impose a 10% tax on revenue derived from sports wagering for public safety, mental health programs, education and regulatory costs.

The filing comes just months after state Sen. Bill Dodd and Assemblyman Adam Gray, both Democrats, introduced a bill that would also put a sports betting measure before voters.

Eight other states have legalized sports betting and dozens of others have been considering it in response to a May 2018 decision by the U.S. Supreme Court that invalidated a federal law prohibiting sports betting in all states outside Nevada.

Gray has estimated that illegal sports wagering in the United States amounts to about $150 billion a year.

“We would be disappointed at any initiative that allowed sports betting but that didn’t include card clubs,” said Kyle Kirkland, president of the California Gaming Association. He said he had not seen the initiative proposed Wednesday and would have to consult with his members before taking a final position.

Supporters would have to collect the signatures of 997,139 registered voters to qualify the initiative for the ballot, but the Native American tribes are a well-funded, politically potent group that should have no problem making the ballot, the newspaper said.