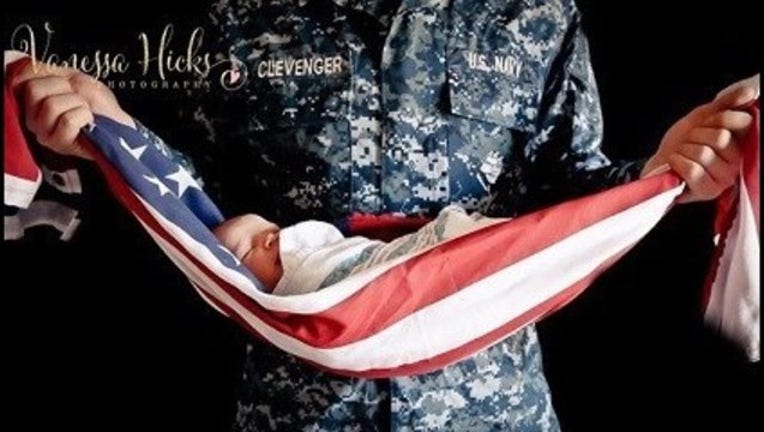 A photographer is fighting back after she received flack over a photo she took of a baby wrapped in an American flag.

A fierce firestorm is underway against photographer Vanessa Hicks, also a veteran of the U.S. Navy.

Her picture has made its way around the internet sparking national attention.

8-day old Brandon is being cradled in an American flag that's being held by his father a member of the navy. Hicks posted the picture and the comments she received left her in disbelief.

After much thought, Hicks decided to respond writing, "So I figured I would share with all of you what has transpired in the past 24 hours! This is coming straight from my personal page: Yesterday was a hard day for me. Yesterday, I almost let the hatred of some cyber bullies get to me. Yesterday, I almost believed them. I posted a picture that I had recently taken of a military man holding his newborn son in a vinyl prop flag that I purchased at the dollar store. I love the shot. The family loves the shot. Most of you loved the shot."

Hick served for four years and is now married to a sailor who is deployed.