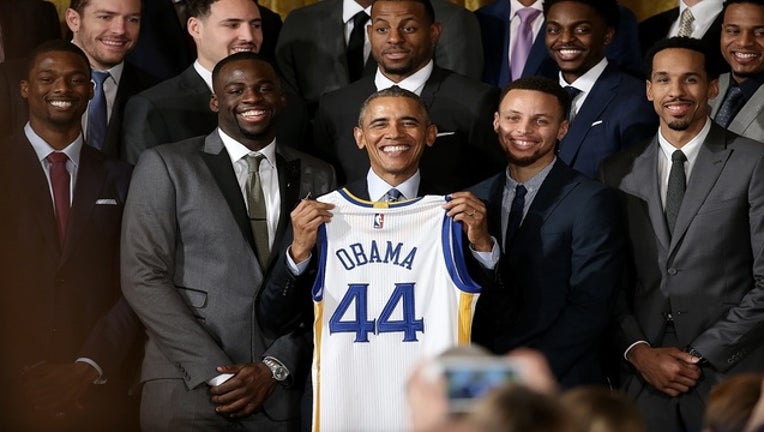 2016 FILE PHOTO: U.S. President Barack Obama holds a Golden State Warriors basketball jersey presented to him during an event with the team in the East Room on February 4, 2016 (Photo by Win McNamee/Getty Images)

The meeting took place Thursday at Obama's office in Washington before the defending NBA champs beat the Wizards 126-118.

Players and coach Steve Kerr were reluctant to talk about it.

Stephen Curry said he had no idea where the idea came from. All-Star forward Kevin Durant said it was amazing, and forward Draymond Green called it a "good private team meeting."

The Warriors celebrated their 2015 NBA championship with Obama at the White House in 2016.

President Donald Trump tweeted that he withdrew a White House invitation to celebrate the team's 2017 championship after Curry and some other players said they would not go.