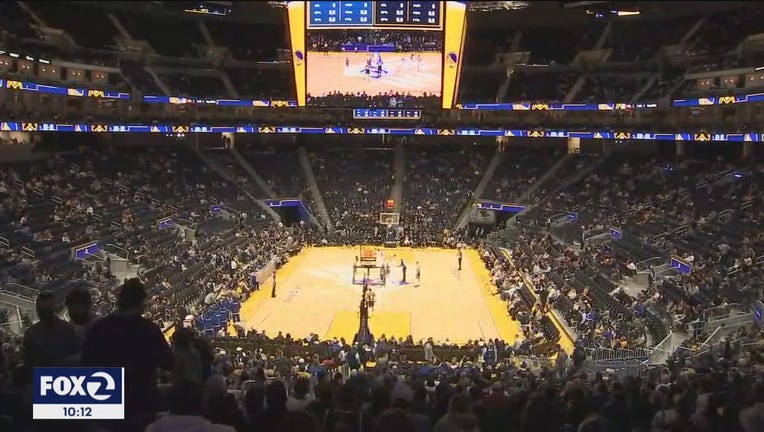 SAN FRANCISCO - Warriors fever has been heating up in the Bay Area, as the Chase Center prepared to host its first ever NBA Finals game this week. And for Golden State fans who want to be there for Chase's inaugural Finals games, get ready to shell out some serious bucks.

The Warriors will face the Boston Celtics for Game 1 of the Championship series on Thursday. Game 2, scheduled for Sunday, will also be at Chase before the series goes back East.

A check of prices on Ticketmaster on Tuesday showed the cheapest seat was going for about $600 per ticket for Game 1. And that’s up in the upper level of the arena in the 200’s section. From there, prices go as high as about $40,000 for a VIP court-side view of the action.

For Sunday’s game, the least expensive seats were going for $800 a ticket.

Ticket tracking company, Logitix said the average price of a sold ticket on the secondary market for Warriors homes games stood at a whooping $1,759 per ticket as of May 31.

That's dramatically higher than the prices fans paid the last time the Warriors were in the Finals at Oracle Arena in Oakland in 2019. According to Logitix, the average ticket price heading into the Championship series then was $1,051.

"That is up 67%," said Logitix, which said it came up with its data by factoring in multiple ticket exchange sites and only accounted for sold tickets.

This will be the Warriors sixth appearance in the Finals in eight years and their 12th in franchise history.

That's only behind the Celtics, with 22nd appearances and the Los Angeles Lakers which have had 32, the most in NBA history.

It will be the fifth time the Warriors and the Celtics will face each other in a playoff series but only the second matchup since the Warriors relocated to the Bay Area from Philadelphia in 1962.

The last time the two storied NBA franchises faced off in the Finals was back in 1964, when Wilt Chamberlain led the San Francisco Warriors against Boston’s Bill Russell. The Celtics won that series 4-1.

Home court advantage at the nearly three-year-old Chase Center has proven to be an advantage for the Warriors, which have gone 9-0 at home this postseason.

The Warriors will be going after their fourth Title since 2015.