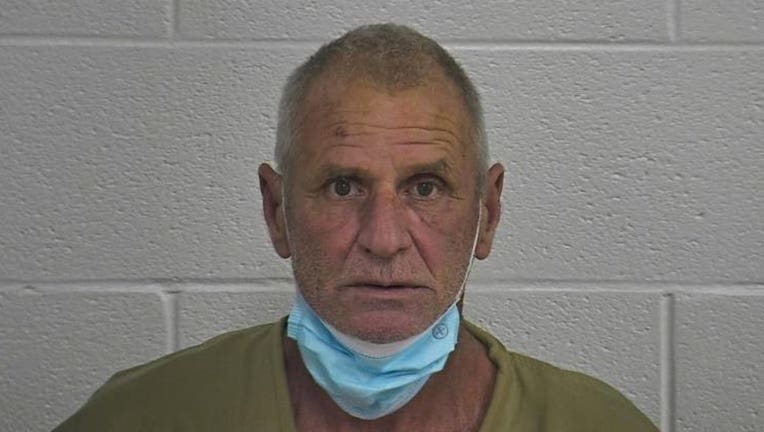 A North Carolina man is facing kidnapping and child pornography charges after a teenage girl in his vehicle began making emergency hand gestures learned from TikTok helped lead to his arrest.

Laurel County sheriff's deputies on Nov. 4 arrested James Herbert Brick, 61, after receiving a 911 call about a young, female passenger in a silver Toyota who "appeared to be in distress" making hand gestures known on the social media app to represent "violence at home – I need help – domestic violence," according to authorities.

One such video with more than 20,000 views posted to TikTok, a short-form video-sharing app popular among teenagers, demonstrates how those in need of help can communicate that they are in distress without saying anything using hand gestures.

When authorities located the vehicle, they conducted a traffic stop and questioned Brick and the 16-year-old passenger in his car.

Ali Abulaban, a TikTok star with nearly a million followers on the social media platform, is accused of fatally shooting his estranged wife and a man she was with at a San Diego high-rise. Abulaban allegedly planted a listening device on his 5-year-old daughter's tablet and when he heard his wife talking to another man, went to the home to confront them. Abulaban has pleaded not guilty to the charges.

The missing teen told investigators that she and Brick had traveled through North Carolina, Tennessee, Kentucky and Ohio after her family reported her missing. When Brick's relatives in Ohio realized the 16-year-old in his custody was underaged and had been reported missing, Brick left the state and headed back toward North Carolina.

While they drove between states, the juvenile victim began making emergency hand gestures she learned on TikTok to other motorists in an effort to get their attention to call authorities.

Investigators also discovered a phone in Brick's possession "that allegedly portrayed a juvenile female in a sexual manner."

A number of local police departments and FBI field offices assisted in the investigation into the juvenile's disappearance, which is ongoing.