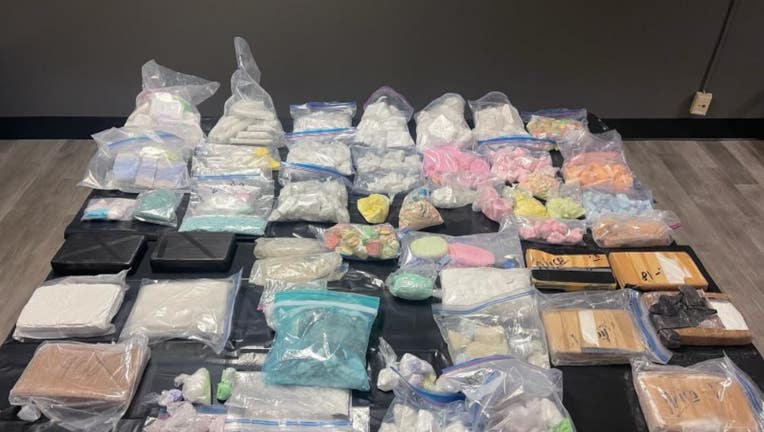 OAKLAND, Calif. - Nearly 100 pounds of illicit fentanyl is off the streets thanks to sheriff's detectives and the Alameda County Narcotics Task Force, sheriff's officials said Saturday.

The 92.5 pounds or 42,000 grams were recovered recently from locations in Oakland and Hayward.

According to the Centers for Disease Control and Prevention, illicitly manufactured fentanyl is sold illegally for its heroin-like effects and is often combined with heroin and/or cocaine to increase euphoria.

Users often don't know fentanyl has been combined with the other drug or drugs.   According to the CDC, most of the recent cases of harm, overdose and death due to fentanyl are linked to the illicit kind of the drug.