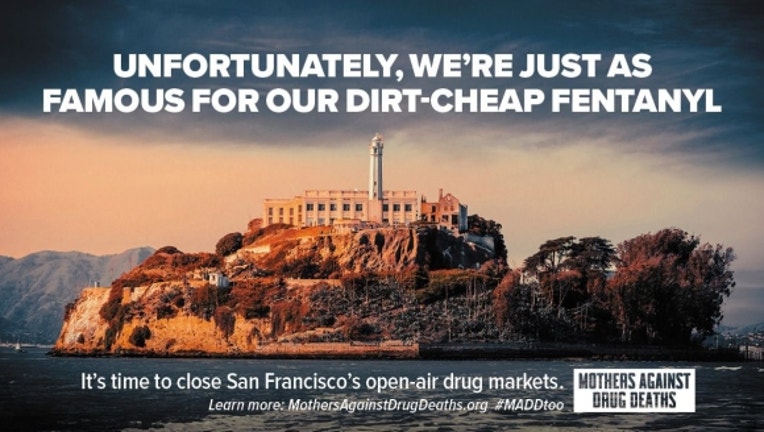 SAN FRANCISCO - San Francisco mothers who have lost children to addiction have taken a stand against the city's drug problem by putting up billboards with jarring messages.

The colorful ads call attention to the "dirt cheap" fentanyl that can be found in San Francisco's open drug market. Launched on Monday, the billboards are striking, as they warn the very tourists city officials have been trying to lure.

One billboard shows the historic Golden Gate Bridge during sunset with the message, "Famous the world over for our brains, beauty, and now, dirt cheap fentanyl." 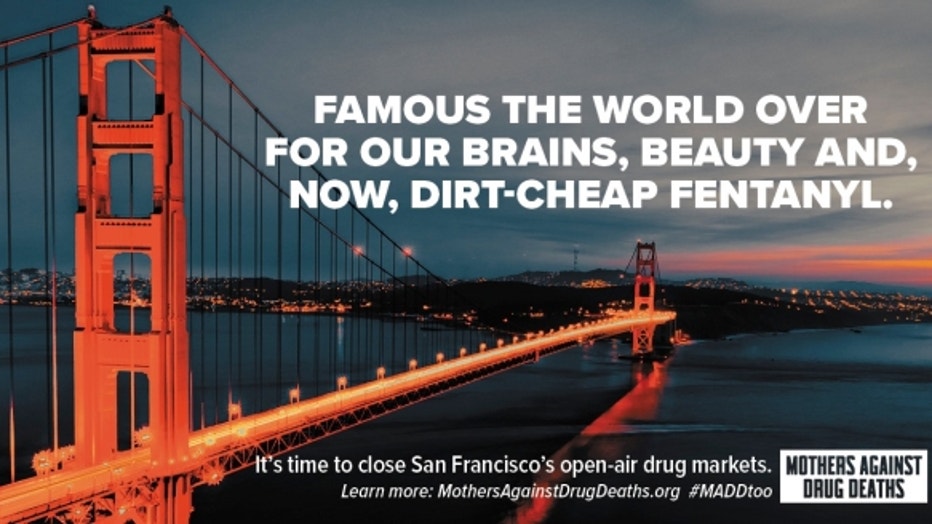 Another shows a loaf of sourdough, saying unfortunately San Francisco is just as famous for its deadly drugs.

"Parents world-wide should know that San Francisco is unsafe for children and families," said Jacqui Berlinn, co-founder of Mothers Against Drug Deaths. "My son is at risk of dying because of the SF city government." 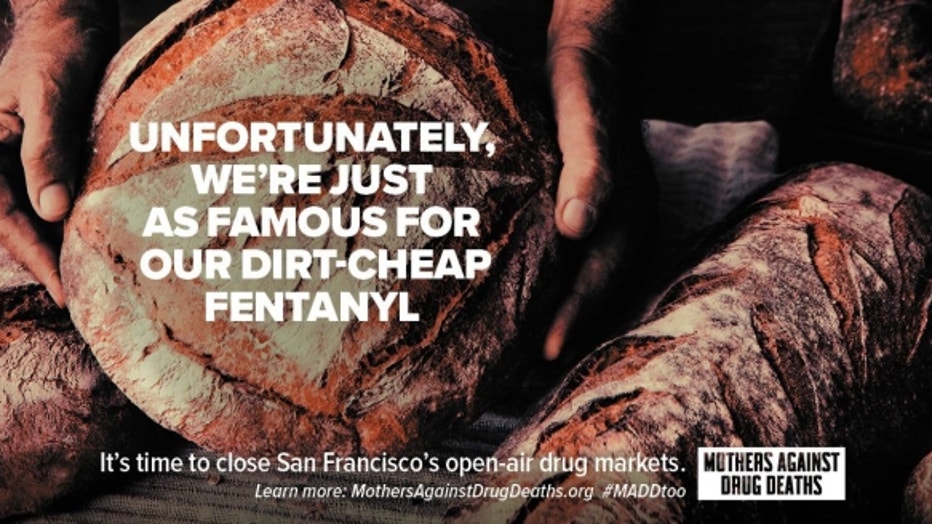 Just weeks ago Mayor London Breed ended the Tenderloin emergency meant to curb an alarming spike in overdoses, many from the super-powerful opioid fentanyl.

Berlinn said Mayor Breed's new focus of rebranding the city as a tourist destination is wrong, and that others should be warned. 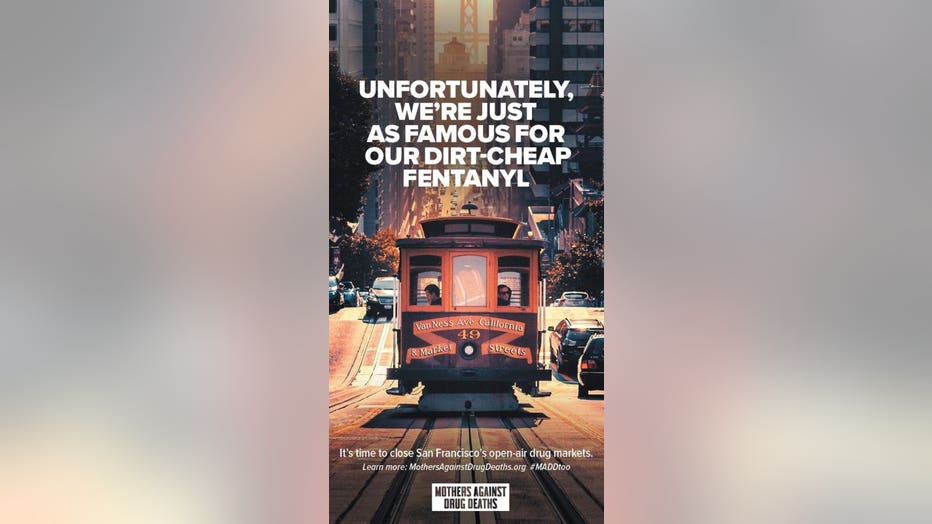 Last month three people were found dead in San Francisco apartment after an apparent overdose. In that case police said four friends may have purchased cocaine, not knowing it was laced with fentanyl. Only one of those friends survived.

Police were also investigating the death of a Los Altos high school student last week that was possibly caused by fentanyl poisoning.