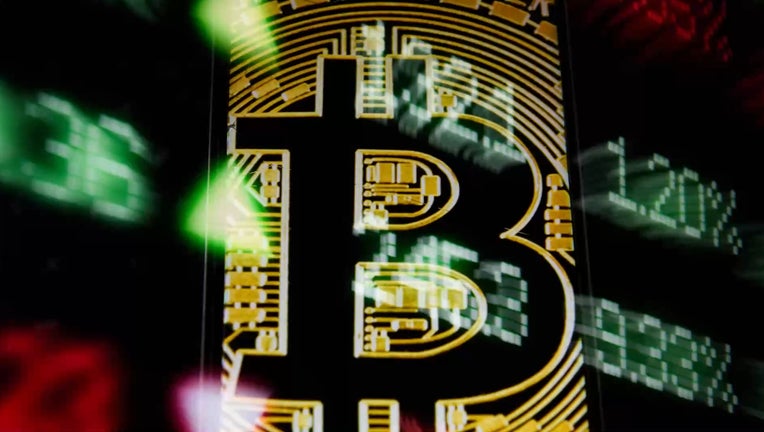 RENO, Nev. - A federal grand jury in California has indicted a Nevada woman accused of trying to hire a hit man on the internet for $5,000 in bitcoin to kill her ex-husband.

Kristy Lynn Felkins, 36, of Fallon, is accused of communicating with someone in 2016 on a website that purported to offer murder-for-hire services. The website indicated her ex-husband was living in Durham, North Carolina, at the time and she wanted him killed while he was traveling in Chico, California, according to federal court records.

Authorities say the website was a scam that simply took money from unsuspecting customers and is no longer active.

The Sacramento Bee first reported Thursday’s indictment by a grand jury in Sacramento.

U.S. Attorney McGregor Scott’s office said Felkins was arrested in Fallon and a federal magistrate judge in Reno, Nevada, subsequently released her. It’s not clear if Felkins has an attorney.

Federal investigators — including a special agent at Homeland Security — first learned of the alleged plot in September 2019, court records say. They eventually began poring over phone, email and other records before concluding there was probable cause that Felkins violated a federal act regarding the Use of Interstate Commerce Facilities in the Commission of Murder-for-Hire.

A criminal complaint filed under seal last week lays out the alleged plot, which supposedly began in February 2016 when someone created an account called KBGMKN on the website. That account then began querying the administrator of the website, asking how they could be sure the job was carried out and the site was legitimate, the complaint says.

“How do I know you are not FBI, they do have the capability to infect ones device and trace them back to their real IP,” KBGMKN wrote. “Just being cautious.”

After receiving bitcoin from KBGMKN, the ADMIN acknowledged receipt of the payment and told KBGMKN that a nearby hitman would be assigned to the job. KBGMKN replied, “order is sent,” court documents say.

The online negotiations continued, with the administrator messaging KBGMKN on March 9, 2016.

“The job will be done on Monday morning; please let us know if he goes to work with any other person in the car, that you don’t want hurt, you need to tell us,” the administrator wrote.

“Our man will wait him at the address of work, and when seeing him will shot him as soon as he gets down from the car; but if he is not alone bullets can hurt the other person as well. Our person will shot several times in chest and head and run; if there is someone important with him that does not need to be hurt please let us know, so the shooter is careful to hit only him.”

On March 20, ADMIN advised that a sniper is needed for the job, which will add another $4,000 to the price tag, but KBGMKN responds that “she has 'already borrow to the end of my limit’ and requests that the hit man just wait until VICTIM-1 leaves the house to ‘shoot him in his car,’” court records say.

Later, the proposed victim was flying to San Francisco and proceeding onto Northern California, and eventually to Chico, court records say.