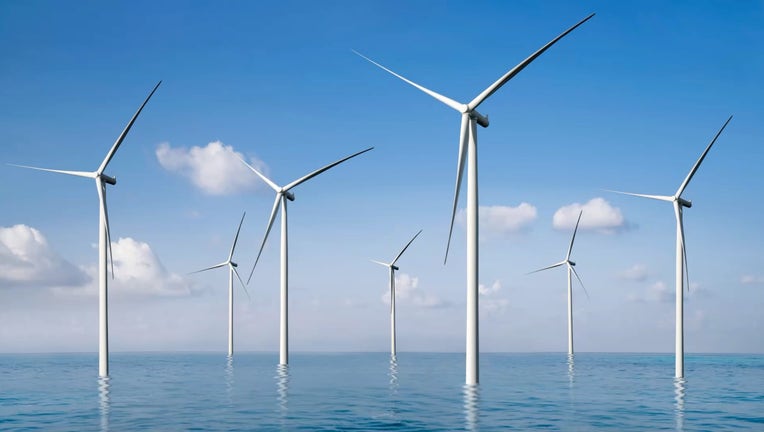 Assembly bill 525, if passed, would set a state goal of producing 10 gigawatts of offshore wind energy by 2040, and would direct state agencies to work on approving the construction of offshore wind infrastructure, such as turbines.

"If the total technical potential for offshore wind capacity along the California coast were built out, the state could see approximately 112 GW of new clean energy. Offshore wind is the perfect complement to California's existing solar capacity. When the sun sets and solar stops producing, wind picks up allowing offshore wind turbines to produce energy throughout the night and late afternoon during peak usage hours," according to a press release from Chiu's office.

California has enacted several measures at the state level to abate climate change, including a law signed in 2018 requiring the state to have a carbon-free electric system by 2045. In order to achieve this goal, California need an estimated 140 gigawatts of new clean energy, according to Chiu's press release.

In order to access wind power, offshore wind turbines would need to be built 20 to 30 miles offshore in federal waters.

The State Building and Construction Trades Council of California, which represents almost half a million construction workers in the state, is one of the bill's  cosponsors.

"Offshore wind is the next frontier and our highly skilled workforce is positioned to bring a new, limitless and reliable green energy source onto California's grid. If you will, it's a wind-win," said Robert Hunter, president of the State Building and Construction Trades Council of California.

The bill is expected to be heard this spring in the Assembly's policy committee.