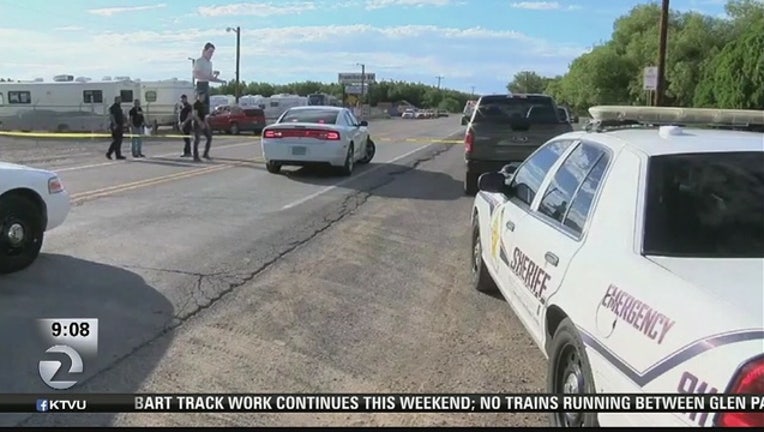 HATCH, N.M. (AP) - Authorities say a police officer has died after being shot in the neck during a traffic stop.

Three suspects are in custody.

The Dona Ana County Sheriff's Department says the officer was making a traffic stop Friday afternoon in the village of Hatch, about 40 miles northwest of Las Cruces, when a passenger got out of the vehicle and started firing.

County sheriff's officials say the three male suspects fled in a car and drove south on Interstate 25 at speeds up to 100 mph, then stopped at a rest stop near Radium Springs, where one of them carjacked a parked Chevrolet Cruze.

The owner of that car was shot and wounded.

Police were eventually able to chase down three suspects and take them into custody.

Hatch Police Officer Jose Chavez died after being airlifted to a hospital in El Paso, Texas. The 33-year-old was a two-year department veteran.