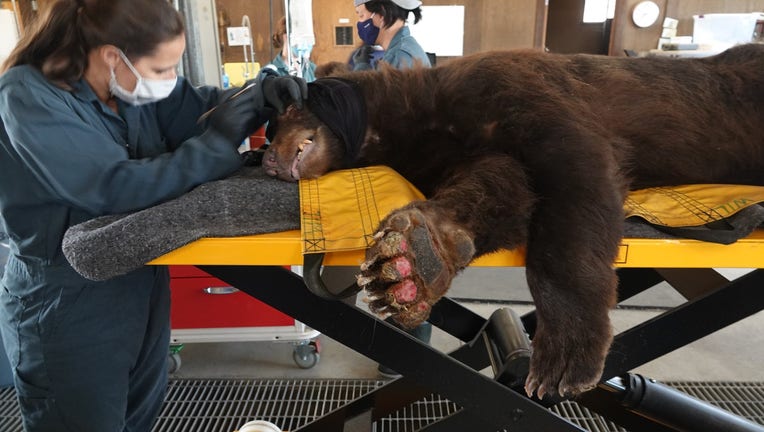 SACRAMENTO, Calif. - As firefighters and first responders in a charred California race to help save lives and property while the state burns at a historic rate, a new network has been created to treat wildlife injured by wildfires.

The California Department of Fish and Wildlife on Monday shared startling photos of injured bears and a mountain lion when announcing their partnership with the UC Davis School of Veterinary Medicine to create the Wildlife Disaster Network.

“The idea is to create a collaborative process -- which works within an existing incident command structure -- that brings experts together to respond to injured animals and prevent suffering,” said project collaborator Deana Clifford, a CDFW wildlife veterinarian. 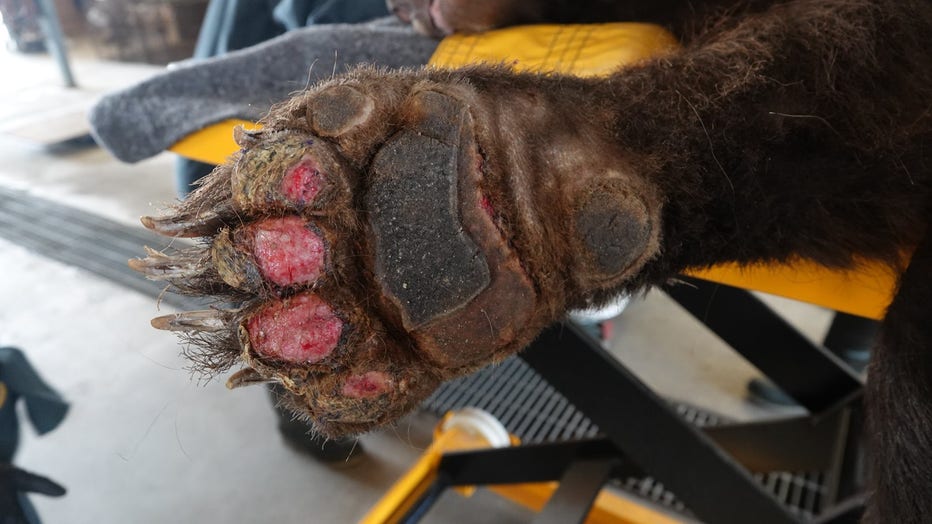 A 370-pound bear with severe burns on all four feet. (CDFW)

This week, the CDFW had four animals -- two bears and two mountain lions -- under their care. But a 370-pound male bear injured in the North Complex Fire was released Monday after two weeks of successful treatment. Another male bear, this one 570 pounds and injured in the Zogg Fire, started receiving care on September 30 and is doing well, CDFW officials said.

The 60-pound female mountain lion that was injured in Los Angeles County's Bobcat Fire is nearing its second full week of treatment and also doing well. But, unfortunately, the other injured cat is too small to be released and has been sent to the Oakland Zoo for treatment.

In an effort to release these animals to the wild, they received an application of sterilized fish skin bandages, a treatment pioneered by Jamie Peyton. She partnered with CDFW to apply the innovative burn treatment to the paws of two bears and a mountain lion injured by the 2017 Thomas Fire. The groundbreaking technology uses tilapia skin as a natural bandage and it's been used to treat a variety of animals, from foxes and coyotes to horses and kittens. 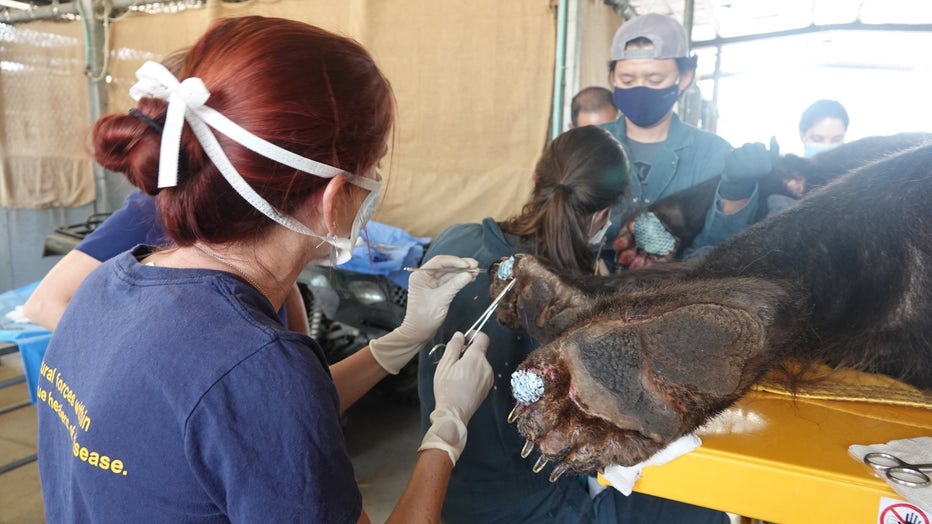 Dr. Jamie Peyton of the UC Davis School of Veterinary Medicine works on the back feet of the sedated bear, while CDFW’s Dr. Emma Lantz works on the front feet. (CDFW)

The Wildlife Disaster Network aims to build upon Peyton’s work and it’s modeled after the Oiled Wildlife Care Network. It includes veterinarians, wildlife biologists, ecologists, trained animal care volunteers and rehabilitation centers. The crew will provide a formal framework for wildlife search and rescue, field triage and transport, along with a long-term rehabilitation care system for wildlife injured by wildfires.

So far this year, California has experienced nearly two months of record-setting wildfires that have burned over 4 million acres in the Golden State, but the initial wave -- a series of complex fires ignited in August by lightning during an unusual weather pattern -- happened before the official wildfire season. CDFW said the newly established network is preparing to assist with injured wildlife for many months.

"As we all know, there is nothing normal about the number or intensity of the wildfires we’ve seen," said CDFW Communications Manager Kirsten Macintyre. "We know that more burned animals will come in, and in order to respond to the need, we need to have resources – trained staff, equipment, and a plan." 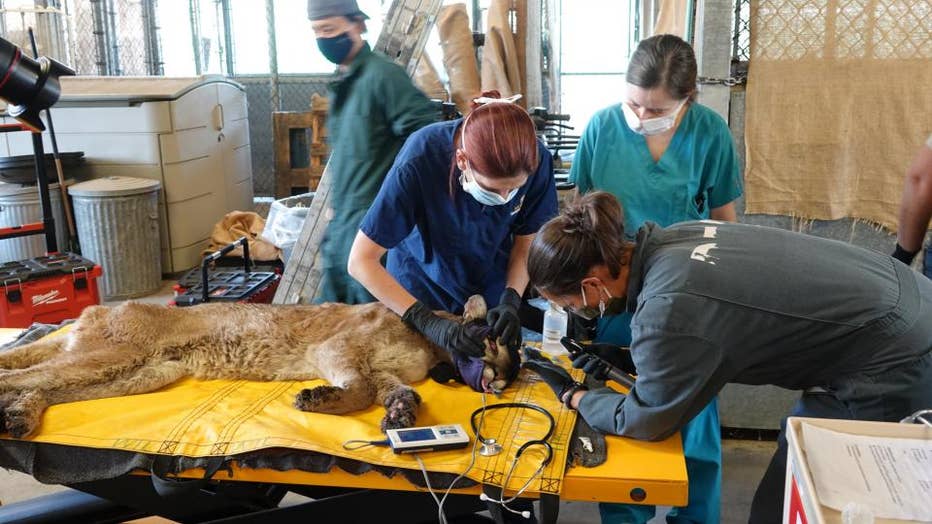 Jamie Peyton of UC Davis and colleagues from CDFW examine a mountain lion with burn injuries from the September 2020 Bobcat Fire. (CDFW)

A hotline has been established for first responders, utility workers and the general public to coordinate care for injured wildlife. Those in need of assistance should call 1-800-942-6459.

For those interested in donating to the Wildlife Disaster Network, visit the California Wildlife Conservation General Support website or call the UC Davis School of Veterinary Medicine, Office of Advancement, at (530) 752-7024.