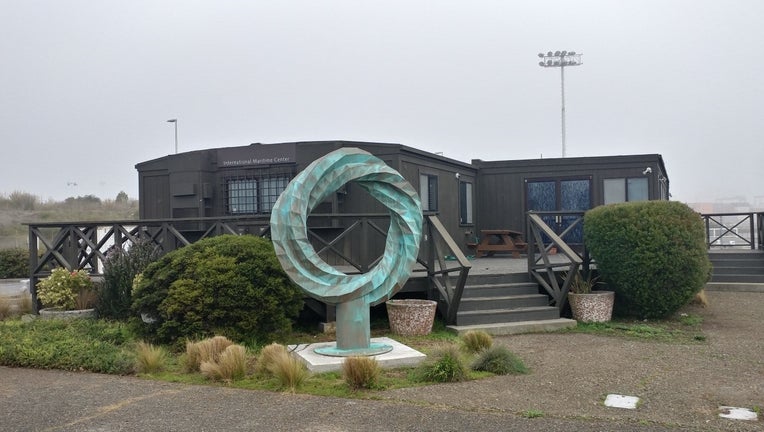 OAKLAND, Calif. - A new sculpture honoring the lives and sacrifices of merchant mariners now welcomes visitors to the International Maritime Center at the Port of Oakland.

The sculpture, called "Sea Remembrance," is a large metal figure standing near the center's steps.

It's round, supported by a cylindrical base set into concrete and its contoured, curving surface is reminiscent of the heavy ropes and cables used aboard merchant ships.

"Seafarers make costly sacrifices being away from home at sea for months at a time," said Margaret Reasoner, an official with the Oakland chapter of the International Maritime Center.

"The sculpture honors them for their hard work and perseverance, and serves as a memorial for the mariners who gave their life at sea," Reasoner said in a press release Friday announcing the sculpture's unveiling.

The artist, James Allen King, is a bosun with the Sailor's Union of the Pacific, and while he's aboard ship, helps oversee the sailors who maintain the ship's rigging, anchors, cables and all the other systems and equipment on deck.