President Trump’s doctors give update on his condition

President Trump's doctors give update on his condition

(KTVU and wire report) -- President Trump broke his social media silence on Saturday, by praising the staff at Walter Reed National Military Medical Center, which is treating him for COVID-19.

At the same time, the president also said that great progress has been made against the virus.

Hours earlier, his medical team announced that it was pleased by the progress he is making.

The group of doctors held a news conference at Walter Reed.

Dr Sean Conley, physician to the president, said that the President was doing "very well" and has been fever-free for the past 24 hours.

Conley said the president is breathing on his own, and does not need supplemental oxygen.

But despite repeated questioning from reporters, Conley refused to disclose whether the president was given extra oxygen at anytime this week.

Doctors tested President Trump for the coronavirus, after someone close to him, had tested positive for virus on Thursday.

The president's physician said Trump on Thursday, was suffering from a "mild cough, and some nasal congestion, fatigue." But all were improving and being resolved.

President Trump was given two experimental treatments. One was the first dose of remdesivir, an antiviral drug produced by Gilead Sciences of Foster City. Remdesivir has been shown to help some COVID-19 patients recover faster.

The plan is for him to complete a 5-day remdesivir treatment course.

The other experimental treatment was an antibody drug to prevent serious illness from infections. Its maker, Regeneron Pharmaceuticals Inc., agreed to supply a single dose, given through an IV, for Trump at the request of his physician under “compassionate use” provisions.

The president was also given zinc, vitamin D, an antacid called famotidine, melatonin and aspirin.

The president was not given hydroxychloroquine, although the president did ask about the antimalarial drug.

The medical team said it was performing daily ultrasounds and lab work on President Trump.

His heart rate was in the 70s-80s, and the blood pressure was in the 110-120s - the same numbers as during his physicals, said Conley.

Another physician, Dr. Sean Dooley, said he was encouraged, when President Trump was up and told him, "I feel like I can walk out of here today."

The doctors said that since the president was in good spirits, Saturday's goals was to get him "to eat, drink, stay hydrated, to be up out of bed,.and to be working and doing the things he needs to do to get well," said Dr. Brian Garibaldi.

Doctors have been monitoring the president's cardio, kidney and liver functions, and all were "normal."

Former White House physician and Republican congressional candidate in Texas, Dr. Ronny Jackson said he expected the president would be at the hospital for 3 days, before being released.

Conley refused to say where or how he thought the president may have contracted the disease.

Conley said doctors prescribed a treatment that was more aggressive than normal, because Trump is "the president."

Although First Lady Melania Trump had also tested positive for COVID-19, Dr. Conley said she remained at The White House, because her symptoms were very mild.

President Trump had walked out of the White House Friday evening wearing a mask and gave a thumbs-up to reporters, but did not speak before boarding Marine One.

Members of the aircrew, Secret Service agents and White House staff wore face coverings to protect themselves from the president onboard the helicopter.

In a video taped before leaving for Walter Reed, Trump said, "I think I'm doing very well, but we're going to make sure that things work out." He remained fully president, all authority intact. 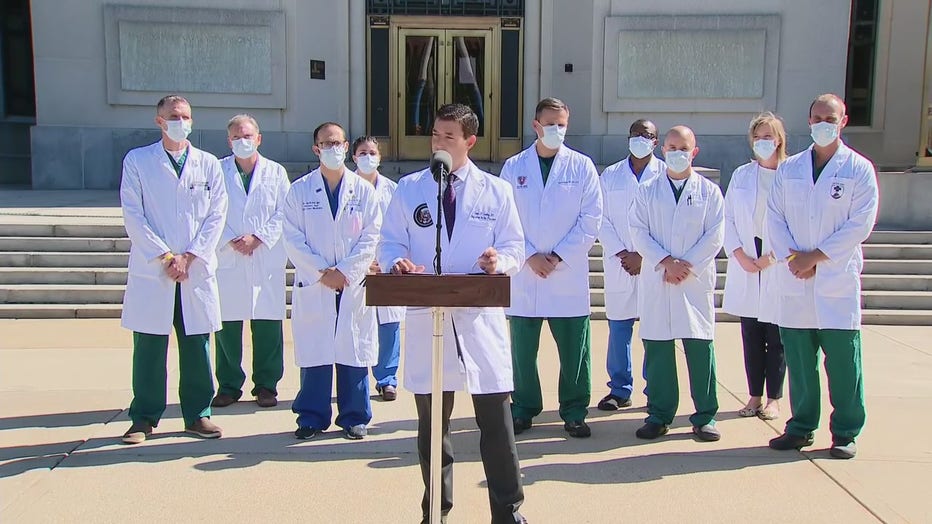 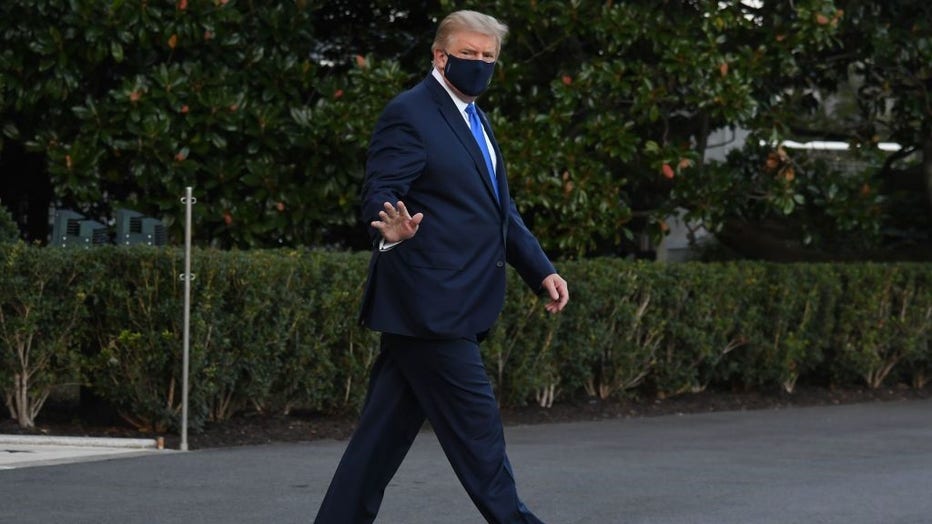 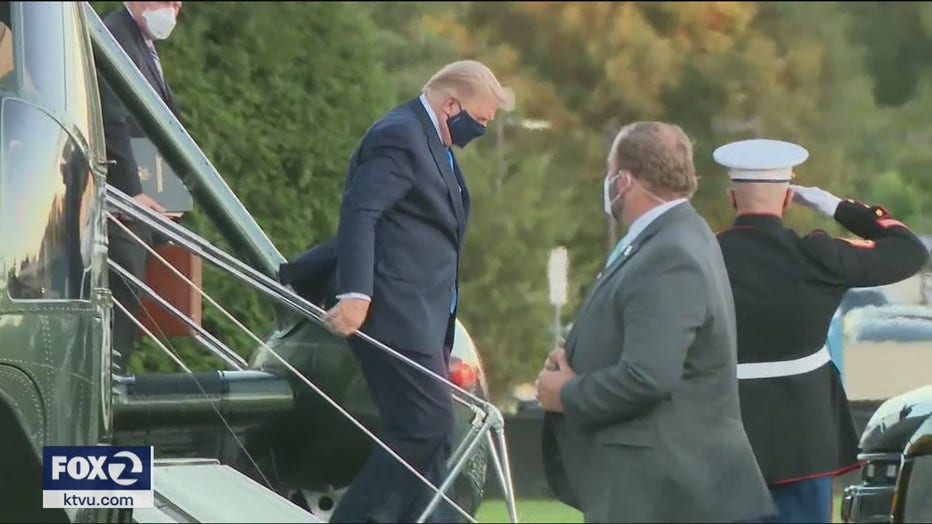