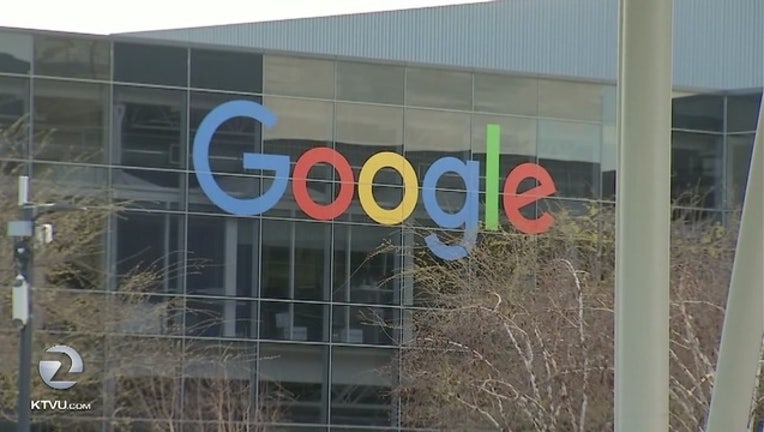 MOUNTAIN VIEW, Calif. (KTVU) - According to a New York Times Report, Google protected three executives accused in sexual misconduct cases over the past 10 years by staying silent about the accusations, and offering payouts when the employees parted ways with the company.

According to the report, Andy Rubin, the founder of Android, was accused of sexual misconduct that allegedly occurred in a hotel room in 2013.

When Rubin left Google in October of 2014 -  the company stayed silent on the sexual misconduct accusation and offered him a $90 million exit package, according to the New York Times.

According to the report, the threat had been investigated by Google and concluded the claim was credible.

The New York Times says there were at least two other cases where executives accused of sexual misconduct were offered large payouts.

A copy of an email sent to employees Thursday by Sundar Pichai, CEO, and Eileen Naughton, VP People Operations and provided to KTVU by a Google spokesperson stated, "Today’s story in the New York Times was difficult to read."

According to the email, the company says, "We are dead serious about making sure we provide a safe and inclusive workplace. We want to assure you that we review every single complaint about sexual harassment or inappropriate conduct, we investigate and we take action."  The company says a number of changes have been made in recent years.

According to the email, 48 people were terminated in the last two years for sexual harassment, including 13 who were senior managers and above.

According to the email, none of the 48 employees who were terminated received an exit package.

However, the letter sent to employees did not confirm the specific cases detailed in the New York Times against Rubin and senior executives.

Read the full email below

Today’s story in the New York Times was difficult to read.

We are dead serious about making sure we provide a safe and inclusive workplace. We want to assure you that we review every single complaint about sexual harassment or inappropriate conduct, we investigate and we take action.

In recent years, we’ve made a number of changes, including taking an increasingly hard line on inappropriate conduct by people in positions of authority: in the last two years, 48 people have been terminated for sexual harassment, including 13 who were senior managers and above. None of these individuals received an exit package.

In 2015, we launched Respect@ and our annual Internal Investigations Report to provide transparency about these types of investigations at Google.  Because we know that reporting harassment can be traumatic, we provide confidential channels to share any inappropriate behavior you experience or see. We support and respect those who have spoken out. You can find many ways to do this at go/saysomething. You can make a report anonymously if you wish.
We’ve also updated our policy to require all VPs and SVPs to disclose any relationship with a co-worker regardless of reporting line or presence of conflict.

We are committed to ensuring that Google is a workplace where you can feel safe to do your best work, and where there are serious consequences for anyone who behaves inappropriately.