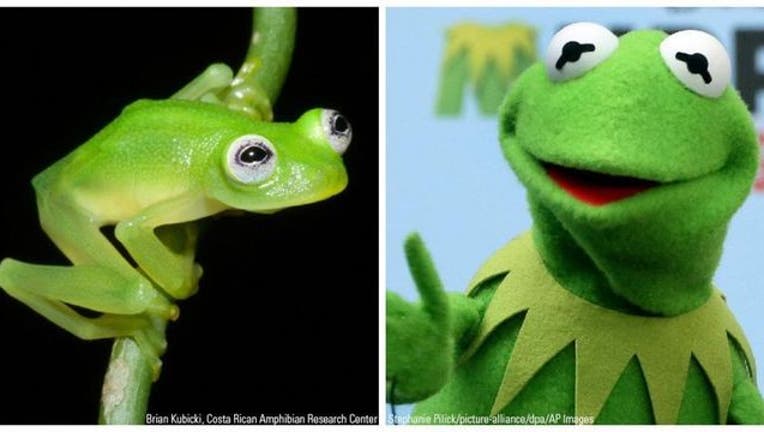 (FOX News) - Kermit -- everyone's favorite singing and dancing frog might be real. Or, at least a frog that looks like Jim Henson's popular Muppet. The Costa Rican Amphibian Research Center just announced the discovery of a new glass frog species.

The new species -- Hyalinobatrachium dianae -- was found on the Caribbean foothills of Costa Rica.