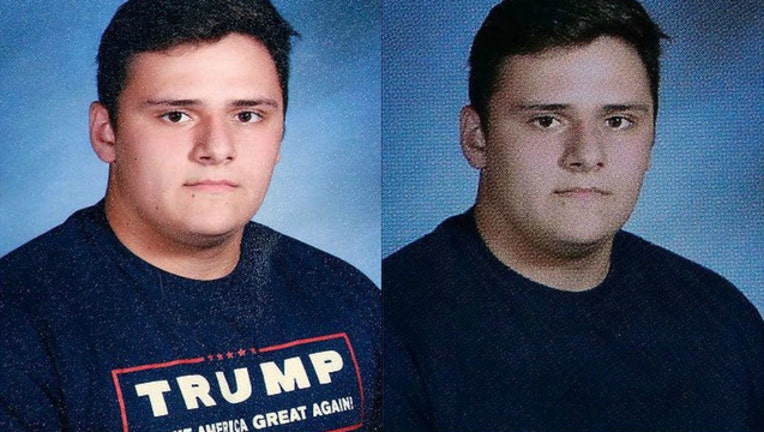 (FoxNews.com) - A New Jersey student said the "Trump - Make America Great Again" on his t-shirt was allegedly blacked-out in his yearbook photo.

Berardo's image proofs had the logo still present and his school ID reportedly had it too.

But, when he got his yearbook this week, the Trump logo on his T-shirt appeared to be censored.

Berardo said another student's Trump logo was blacked-out and a third student had a quotation by President Trump removed from her photo.

School superintendent Cheryl Dyer told families in a letter that her office is investigating the incident as an "allegation of censorship and possible violation of First Amendment rights."

"There is nothing in our student dress code that would prevent a student from expressing his or her political views and support for a candidate," Dyer said.