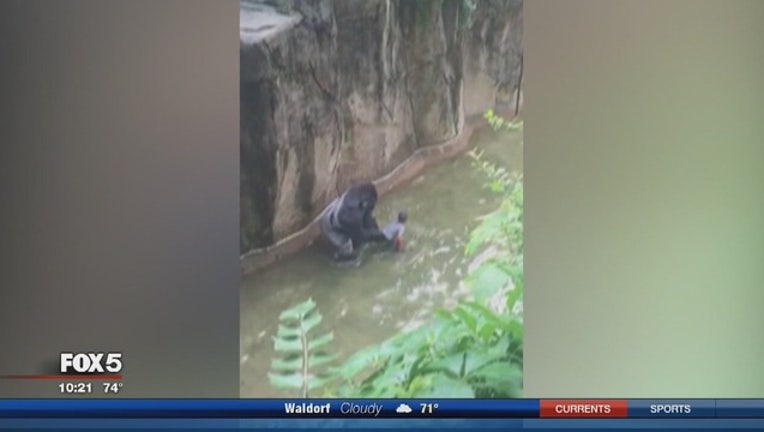 CINCINNATI (AP) — Family members of a 3-year-old boy who got into the Cincinnati Zoo's gorilla exhibit said Monday they are pleased by a prosecutor's decision not to charge the boy's mother with any crimes.

Hamilton County Prosecutor Joe Deters announced Monday that he wasn't seeking any charges against the mother, who was at the zoo with her son the day he entered the gorilla exhibit.

The boy's family says, "This is one more step in allowing us to put this tragic episode behind us and return to our normal family life."

The boy apparently climbed over the outer barrier of the gorilla exhibit before falling some 15 feet into a shallow moat May 28. A special response team shot and killed the 17-year-old western lowland gorilla to protect him.

Zoo officials have said it was the first such breach in Gorilla World's 38 years of existence, but the exhibit will reopen Tuesday with a higher, reinforced barrier.