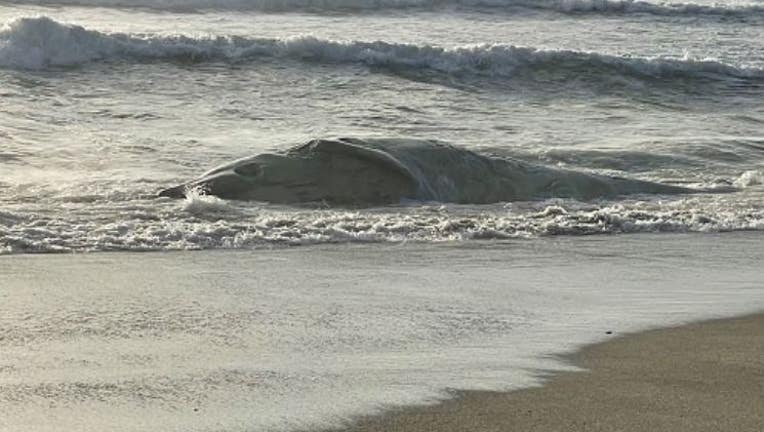 A dead whale washed up on a beach in Pacifica. (Photo: Marine Mammal Center)

Officials said they received a call at around 3 p.m. of the dead whale rolling in the surf.

The species of whale is unknown. Due to the animal's advanced state of decomposition, a necropsy is not planned to determine the exact cause of death.

Several whales have turned up dead in San Francisco Bay since the beginning of the year. Marine Mammal Center listed as many as eight Bay Area whale necropsies in 2021. Ship strikes were often found to be the cause of death. 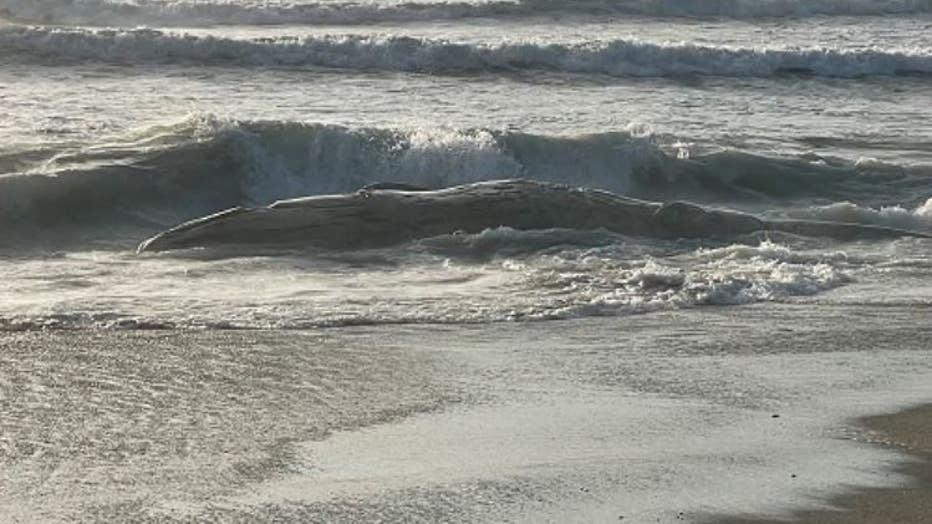 A dead whale washed up on a beach in Pacifica. (Photo: Marine Mammal Center)