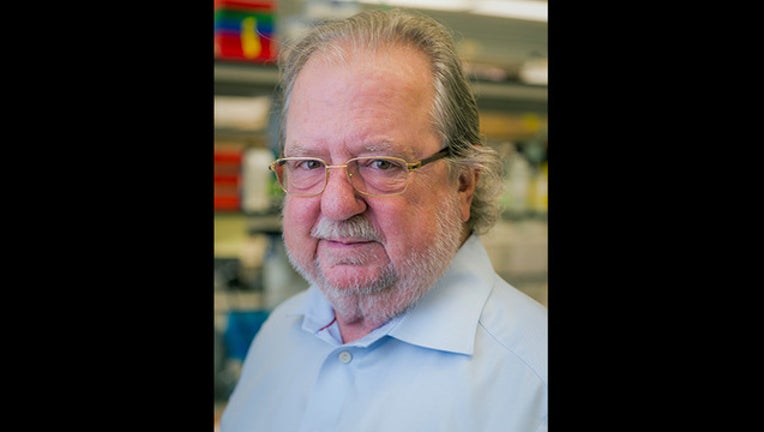 James Allison won the Nobel Prize for his work in immunotherapy. He worked for 20 years t UC Berkeley and now is at the MD Anderson Cancer Center in Houston. Photo: UC Berkeley Oct. 1, 2018

STOCKHOLM (AP) - The Nobel Prize in medicine was awarded Monday to two researchers from the United States and Japan for advances in discovering how the body’s immune system can fight off the scourge of cancer.

The $1.01 million  prize will be shared by James Allison and Tasuku Honjo.

Allison conducted his research at the University of California-Berkeley and is now at the M.D. Anderson cancer center in Houston. Honju works at Japan’s Kyoto University.

“We are thrilled to see Jim’s work recognized by the Nobel Committee,” Russell Vance, the current director of the Cancer Research Laboratory and a UC Berkeley professor of molecular and cell biology, said in a statement. “We congratulate him on this highly deserved honor. This award is a testament to the incredible impact that the fundamental research Jim conducted at Berkeley has had on the lives of cancer patients”

“I don’t know if I could have accomplished this work anywhere else than Berkeley,” Allison told  Berkeley News. “There were a lot of smart people to work with, and it felt like we could do almost anything. I always tell people that it was one of the happiest times of my life, with the academic environment, the enthusiasm, the students, the faculty.”

Their parallel work concerned proteins that act as brakes on the body’s immune system and it constitutes “a landmark in our fight against cancer,” said a statement from the Nobel Assembly of Sweden’s Karolinska Institute, which selects winners of the annual prestigious award.

Allison studied a known protein and developed the concept into a new treatment approach, while Honjo discovered a new protein that also operated as a brake on immune cells.

“I’m honored and humbled to receive this prestigious recognition,” Allison said in a statement released by the university’s MD Anderson Cancer Center in Houston, where he is a professor.

“A driving motivation for scientists is simply to push the frontiers of knowledge. I didn’t set out to study cancer, but to understand the biology of T cells, these incredible cells that travel our bodies and work to protect us,” he said.

Allison takes care in his statement to give credit to “a succession of graduate students, postdoctoral fellows and colleagues at MD Anderson, the University of California, Berkeley, and Memorial Sloan Kettering Cancer Center” who joined in the research.

Allison’s and Honjo’s prize-winning work started in the 1990s and was part of significant advances in cancer immunotherapy.

“In some patients, this therapy is remarkably effective,” Jeremy Berg, editor-in-chief of the Science family of journals, told The Associated Press. “The number of different types of cancers for which this approach to immunotherapy is being found to be effective in at least some patients continues to grow.”

Therapy developed from Honjo’s work led to long-term remission in patients with metastatic cancer that had been considered essentially untreatable, the Nobel Assembly said.

Berg said that former President Jimmy Carter’s cancer, which had spread to his brain, was treated with one of the drugs developed from Honjo’s work.

The physics prize is to be announced Tuesday, followed by chemistry. The winner of the Nobel Peace Prize will be named Friday and the economics laureate will be announced next Monday. No literature prize is being given this year.