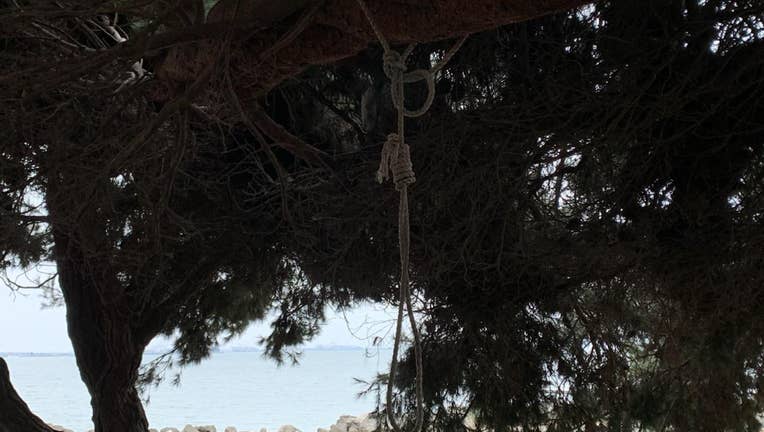 Photo: Berkeley police. Officers found the suspect walking on University Avenue and detained him. The suspect (a 32-year-old man, no address) was arrested on suspicion of PC 11411(a)—hanging a noose in a public park and HS 11364(a)—possession of drug

BERKELEY, Calif. - A man suspected of tying a noose to a tree branch in Berkeley's marina has been arrested and charged with a misdemeanor hate crime, police said.

A person who works at the marina saw the man, later identified as Jaime Robledo-Espino, 32, tying a noose with some rope Thursday morning.

When the employee confronted Robledo-Espino about the noose, he fastened it to a tree branch and fled the area, police said.

The employee took a picture of the suspect and provided to officers. He was arrested a short time later and booked for a misdemeanor terrorizing charge, which is considered a hate crime.

According to state law, anyone who hangs a noose, knowing it to be a symbol representing a threat to life, on a public park, among other locations, can face this charge.

Robledo-Espino was being held at Santa Rita Jail while awaiting his court arraignment on Monday.