OAKLAND, Calif. (KTVU) - The Oakland police department is investigating a potential hate crime near Lake Merritt where ropes reported as “nooses” were found in trees.

KTVU first learned of the incident on Tuesday when a video surfaced on social media but were intially told it was a misunderstanding.

Since then, Mayor Libby Schaaf has come forward announcing an investigation and explaining there were "nooses" found in five different trees around the lake.

Schaaf tweeted earlier, those "symbols of racial violence have no place in Oakland and will not be tolerated."

Nooses— a well known emblem of hatred—were often used in the lynchings of African Americans and can be a painful reminder of the country's dark past.

Rolonda Cunningham walks the lake daily and was upset to see video of the ropes on social media tied high up in the nearby trees.

“I love my city of Oakland but there are some people that are just ill-informed and unfortunately live under a racism cloud,” she said. “Not surprising, unfortunately. I’ve grown up with that.”

Oakland Police were called out to investigate Tuesday after an initial report of ‘nooses’ swinging above but later told KTVU they were exercising ropes "tied to trees in the area."

The department said officers interviewed people in the community who said they were installed for exercise. Still, the department promised to investigate thoroughly.

Neighbors who live near the lake shared video with KTVU showing people swinging and playing on ropes tied to some of the same trees.

“I just thought it was a pretty cool idea,” neighbor Giovanni Robles said. “I swung on it and just went on with the rest of my day and didn’t think it would manifest into what it has now.”

Artists who frequent the lake took some responsibility explaining they were part of tying the ropes up to allow families to play, have fun and get some exercise.

“It brought a little bit of life to the park,” Oakland resident Victor Sengbe said. “People were stuck in the house for three months and folks were enjoying the swing for crying out loud.”

But an official with the city parks department said at the mayor’s press conference Wednesday that some of the ropes were clearly not exercise equipment and symbolize hate. 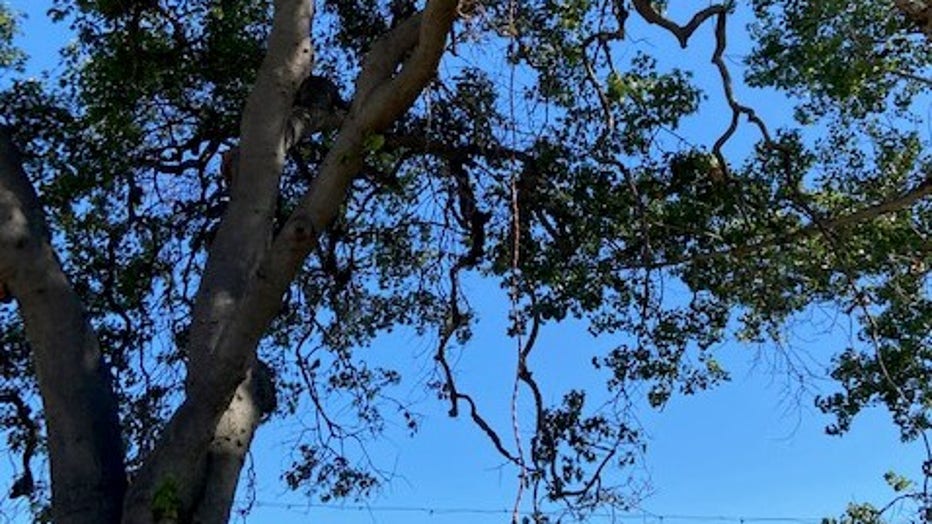 Oakland Police issued a new statement late Wednesday saying in part that it has added extra patrols to Lake Merritt and is working with other city departments to make sure any items left behind are documented and removed.

In light of recent events— the deaths of George Floyd and Breonna Taylor and probes into the hanging deaths of two Black men in California—city officials said they understand the historical connotation of ropes attached to trees and how the objects can evoke feelings of anger.

"We have to stop terrorizing our black and brown citizens," Mayor Schaaf said. "As white people, we have to become knowlegeable and educated about the impacts of our actions."

Even if they were simply exercise ropes, Schaaf said the optics symbolize racism.

"Objects that invoke such terror will not be tolerated in Oakland's public spaces," she said.

The mayor also said evidence and information has been turned over to the Federal Bureau of Investigation regarding the incident.

Facebook user Porchia Freeman shared video of one of the "nooses" hanging from a tree.