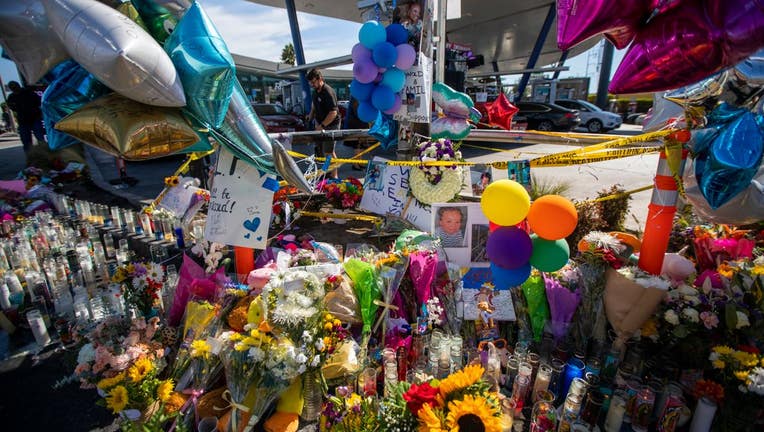 Candles, ballons, and flowers have been left at the sight of a deadly crash near La Brea and Slauson avenues on Sunday, Aug. 7, 2022, in the in Windsor Hills neighborhood of Los Angeles, CA. Family members, pastors, and community members came togethe

LOS ANGELES - The driver suspected of causing a fiery crash that killed six people — including an infant and a pregnant woman, in Los Angeles last week has been released from a hospital and taken to jail, according to custody records.

As of Sunday, Nicole Lorraine Linton was being held in lieu of $9 million bail at LA County’s Century Regional Detention Facility, records show.

Linton, 37, was expected to be charged Monday with vehicular manslaughter. It was not immediately clear whether she had an attorney who could comment on her behalf. 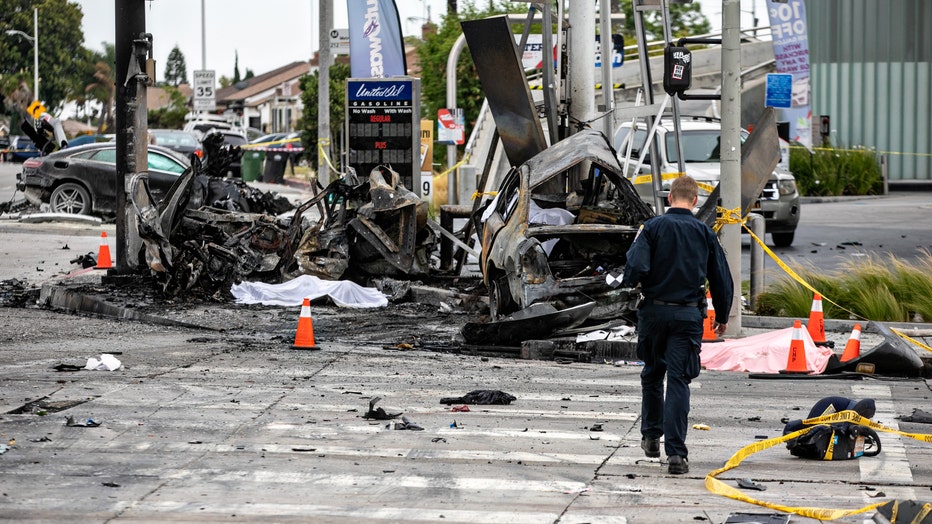 Thursday’s crash killed Asherey Ryan, her 11-month-old son Alonzo Quintero and her boyfriend, Reynold Lester, Sha’seana Kerr said in a GoFundMe posting. Ryan was 8 1/2 months pregnant and was on her way to a doctor's appointment when the crash occurred.

Lester’s family told local news outlets that the 24-year-old security guard was the father of Ryan’s unborn child, who was listed as "baby boy Ryan" in online coroner’s records.

Two other women were also killed, but their names weren’t made public as of Monday.

The California Highway Patrol said a Mercedes-Benz ran a red light at high speed and caused the crash involving as many as six cars near a gas station in unincorporated Windsor Hills about 10 miles southwest of downtown Los Angeles. Several victims were thrown from the cars and two vehicles caught fire.

"It was definitely one of the most horrific crashes that we’ve seen," CHP Officer Franco Pepi said Friday.