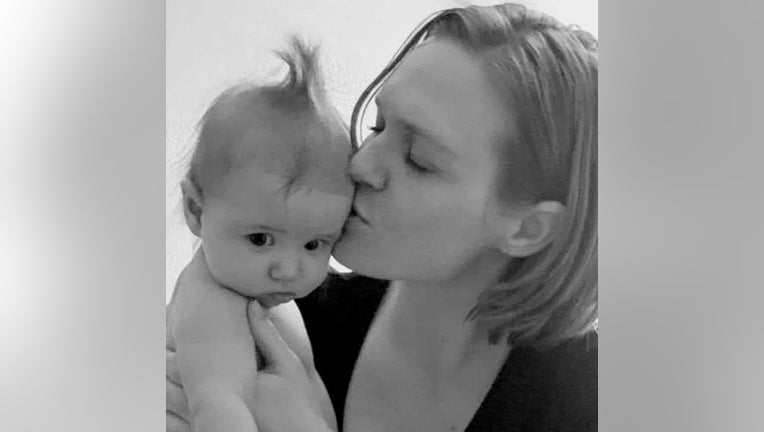 Bay Area mother, Crystal Welsh reacted to the nationwide baby formula shortage by offering to donate her breast milk to other mothers and their babies.

Crystal Welsh, a mother of a 2-year-old girl, said that hearing about the formula shortage has been upsetting, and she felt moved to act. "I looked at the news about the shortage, and my heart just sank," Welsh told KTVU.

So with a desire to help in some way, she took to Twitter on Tuesday and put out a call to anyone who might be struggling to feed her baby.

"If you're in the bay area and in need of milk, DM me. I'll be happy to pump and/or be a wet nurse free of charge. I'm clean and eat healthy," tweeted the 38-year-old mother and business owner lives in the South Bay.

The tweet also warned that diluting formula in an effort to stretch out the supply, can be dangerous to babies. Not only does adding too much water risk preventing the baby from getting enough calories for proper growth, it can also lead to serious health problems including seizures because the infant does not get enough salt in the blood, according to St. Jude’s Children’s Research Hospital.

Welsh said that she’s been breastfeeding her daughter as long as possible, due to the antibodies contained in breast milk that's shown to fight infection, especially given that her toddler was too young to get the COVID-19 vaccine. And the mother also said that prolonged breastfeeding was especially beneficial to her daughter, who’s autistic.

So during the last two plus years nursing her child, knowing that her supply was ample, she said there have been numerous times she’s thought about how she could help struggling mothers.

"You know as I'm feeding my baby when I'm holding her, sometimes, I think about all the other moms out there who are hurting because they can’t feed their children," she said. "It’s heartbreaking."

The formula crisis has heightened those feelings. She said while she’s felt helpless to do anything about the shortage, she knew this was one action she could take.

"I don’t have much to offer, and I don’t know have an idea how to get baby formula," Welsh said, but added, "I do have myself, and I’m still producing milk. That’s something I can offer."

Welsh said understandably, there were probably women who felt hesitant about taking her up on such an offer and that people may be shy or embarrassed to ask for help.

"A stranger offering to donate part of her body? I can understand that." she said, noting that it was also very natural for people to feel skeptical about whether such a donation was sincere or authentic.

Welsh stressed that if a mother was interested in giving her baby her donated pumped milk or using her as a wet nurse, she would want the person to first contact a health professional to make sure it was the safest and healthiest option for her baby.

If it's determined that it would be safe, she said the mother can send her a direct message on Twitter, so they could connect.

As Welsh put out her offer to help, she also encouraged and cheered on other healthy nursing mothers to consider contributing in this way, as motherhood can bring a community of strangers together to support one another. "If other mothers could help out, I think that’s huge," she said, "Moms unite."