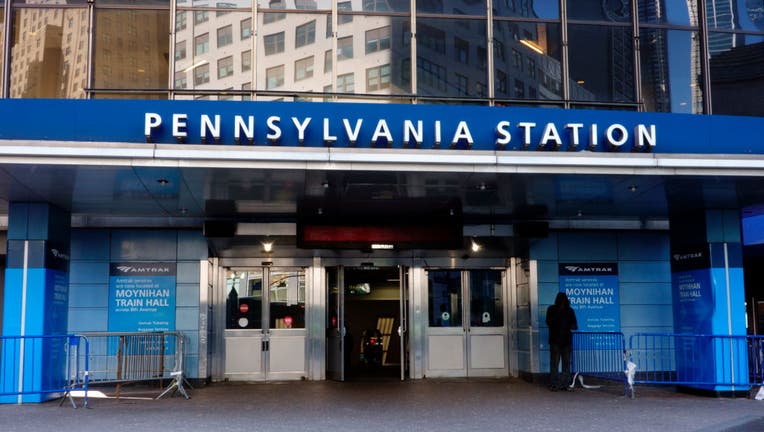 NEW YORK - The NYPD and federal law enforcement say they have uncovered and stopped a "developing threat to the Jewish community" on Friday, leading to the arrest of two people.

In a statement on Saturday, the authorities said that the FBI/NYPD Joint Terrorism Task Force, the NYPD Counterterrorism unit, and Intelligence Bureau investigators had uncovered a threat to the Jewish community on Friday and moved quickly to gather information, identify those behind it and stop them from doing harm.

"By early Saturday, the NYPD's exhaustive intelligence-gathering led to the arrest by sharp-eyed MTA police officers of two individuals entering Penn Station, in Manhattan, and the seizures of a large hunting knife, an illegal Glock 17 firearm and 30-round magazine, and several other items," the Police Commissioner Keechant Sewell said in a statement. "As a joint investigation now continues to establish a strong prosecution, Police Department commanders are strategically deploying assets at sensitive locations throughout New York City."

"Today, we’re extremely grateful to NYPD investigators and our law enforcement partners who uncovered and stopped a threat to our Jewish community. This morning’s arrests in Penn Station and weapon seizures are proof of their vigilance & collaboration that keeps New Yorkers safe," Police Commissioner Keechant Sewell tweeted.

The incident comes a little more than a week after an 18-year-old from New Jersey was arrested and charged with posting a broad threat against synagogues in the state.

Authorities say Omar Alkattoul, 18, was arrested Thursday morning. He has been charged with one count of transmitting a threat in interstate and foreign commerce.