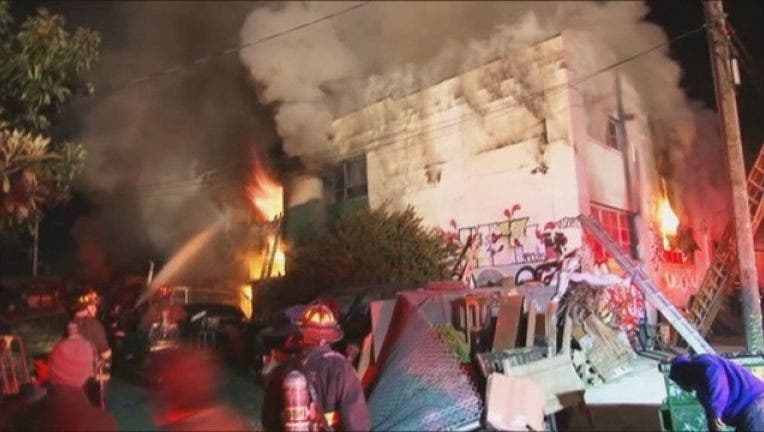 OAKLAND, Calif. - The Oakland City Council has approved a $399,000 settlement of the last lawsuit over a 2016 fire at an illegally converted warehouse dubbed the Ghost Ship that killed 36 people.

The San Francisco Chronicle says the council voted for the settlement on Tuesday without acknowledging any wrongdoing.

The warehouse had been illegally converted into a residential and event space when it caught fire during a music party.

In July, the city agreed to pay $32.7 million to settle lawsuits filed by the families of 32 victims and one survivor. The master tenant on the lease, Derick Almena, is awaiting retrial for involuntary manslaughter.