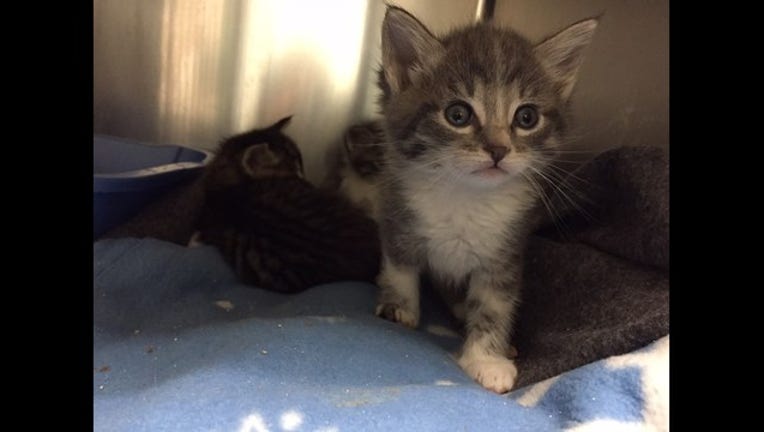 The number of kittens surrendered to the Oakland Animal Shelter this year is 38 percent more than at the same time last year, shelter

The number is concerning because "kitten season" has just begun and runs through the summer, according to the shelter.

Unfixed female cats go into heat during the summer as the weather gets warmer, and the region's drought combined with warm winter weather has led to the surge in kittens abandoned at the shelter.

OAS officials said they need help because the kittens need a high level of care and the shelter is unable to care for them.

Kittens brought to the shelter without their mothers must be bottle-fed or fed by another mother cat in order to survive, according to

"We need help from the public to foster all of these kittens who are too young to survive at the shelter. Once these kittens are old enough, they can be fixed and adopted into loving homes," Rebecca Katz, executive director of Oakland Animal Services, said in a statement.

Residents can foster a kitten through a rescue group that partners with the OAS.

For more information, people can join the shelter's upcoming

free class about caring for kittens by emailing volunteer@feralchange.org.