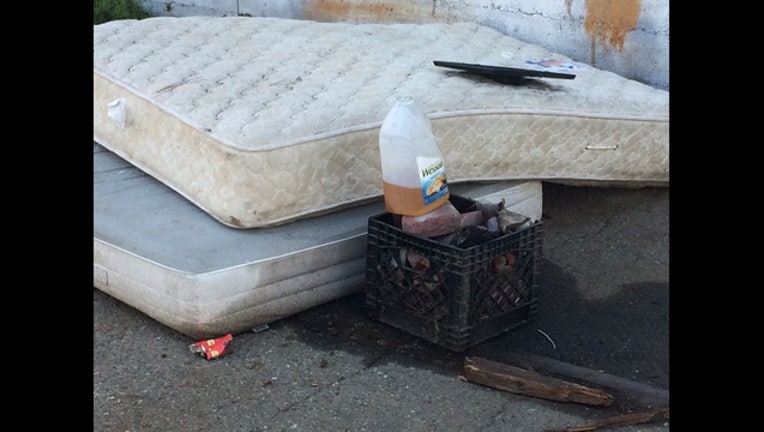 "Every day we make progress to resolve the encampments crisis," Schaaf said in a statement after the council voted.

Schaaf said, "The next step is to prepare the first site, make it secure and safe, and then move people off sidewalks and into services."

Schaaf said the first site, which hasn't yet been determined, will accommodate up to 40 people in Tuff Shed shelters in a secured location and provide supportive services to clients for several months.

The first location is the only one that the city currently has budgeted for.

Schaaf said in September that she ultimately hopes to set up three navigation centers, which are to be temporary shelters for homeless people as they wait for permanent housing.

The City Council approved awarding $200,000 to Bay Area Community Services and $300,000 to Operation Dignity over the next two years to provide services at the initial site.

Bay Area Community Services provides case management and a variety of housing services for people who are chronically homeless.

Operation Dignity provides outreach and connection to services for unsheltered people, including veterans.

Schaaf said the council's action also allows the city to accept funds and donations that may become available from Alameda County, the neighboring city of Emeryville and any other private or corporate sources.