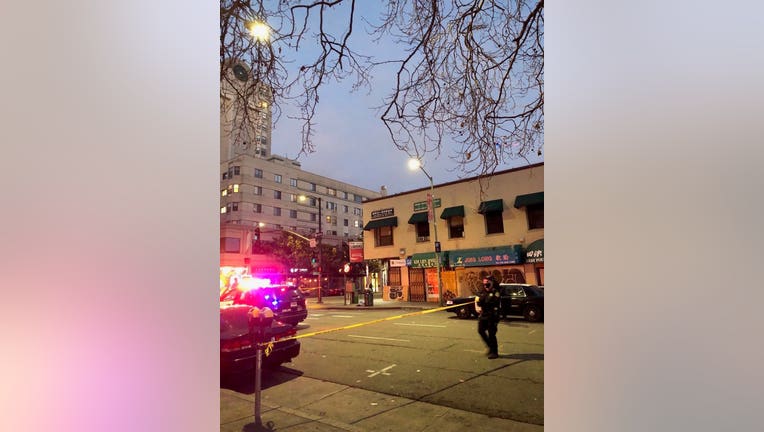 Crime scene in Oakland Chinatown where a store owner intervened in a robbery and fired four gunshots. Feb. 15, 2021.

OAKLAND, Calif. - A store owner, who witnessed a robbery outside of their business, opened fire on a suspect in Oakland's Chinatown Monday evening, officials say.

The incident happened at 9th and Franklin streets around just before 6 p.m.

An Oakland Chinatown shop owner fired four gunshots Monday evening when they intervened in the robbery of a woman with a camera. Oakland police say no one was hurt and the suspect got away.

Oakland police confirmed no one was hit and the suspect got away in a vehicle. The victim with the camera was not seriously hurt.

There was no suspect or vehicle description available.

The area has been the focus of much attention due to a recent crime wave that has seen elderly Asian-Americans being targeted.