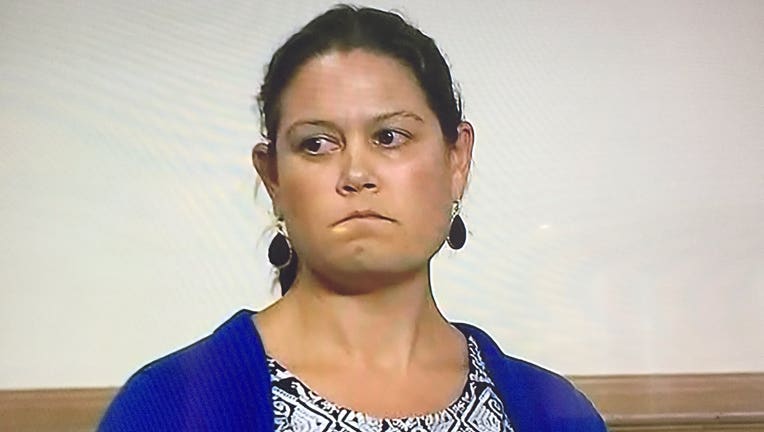 Sabrina Landreth is stepping down from her post as Oakland city administrator.

OAKLAND, Calif. - Oakland City Administrator Sabrina Landreth announced Wednesday that she will leave her post next March after less than five years in the job.

Oakland Mayor Libby Schaaf said the city already is in the process of retaining a consultant to guide the transition process until a new permanent city administrator is hired.

In an email to city employees in which she said would step down effective March 11, Landreth said, "It was always my expectation that once the organization achieved the muscle memory that would far outlast my tenure, it would be the right time to go, and because of your work, I feel we have reached that positive point."

Landreth wrote, "The City is in a good place, and I am confident that the momentum we have built will continue long into the future.  And rest assured, you are in good hands with the outstanding leadership team we have in place."

She wrote, "When I took the helm in July 2015, this organization looked very different. Many of the department head positions were vacant, the city administrator role had been filled by a succession of temporary and interim assignments, and employees were still regrouping after devastating service cuts. While we still face many challenges, as an organization we are healthier, stronger, and more aligned."

When Schaaf announced on Feb. 20, 2015, in only her second month as mayor, that she was hiring Landreth, she said, "This is the single most important decision I will make as mayor."

Before she was named to the position, which she assumed on July 1, 2015, Landreth served as Emeryville's city manager and as a deputy city administrator in Oakland.

In a statement, Schaaf said, "As a fourth-generation Oaklander, Sabrina Landreth has poured every ounce of her heart and soul into serving our residents -- and our city stands much stronger for it."

Schaaf said, "Sabrina has guided Oakland through some of our most complex challenges with a stable and competent hand. She leads with a fierce dedication to public service, extreme professionalism, and with the highest integrity."

The mayor said, "I will miss her as a confidant and colleague, and as a great collaborator who shared every step in this journey over the last five years to make Oakland a better city for all residents and employees."