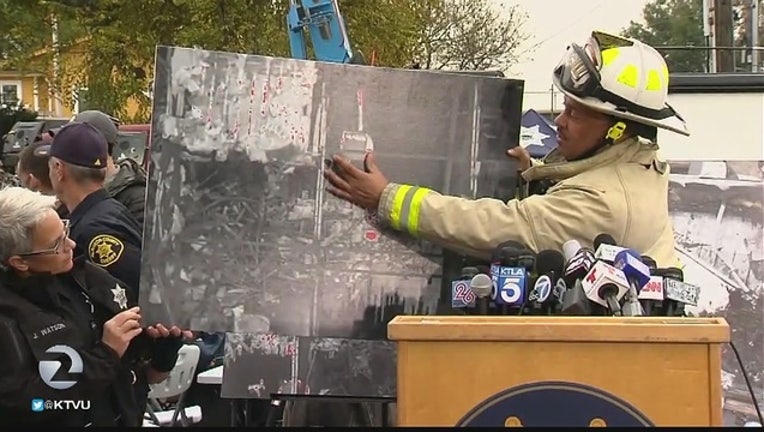 SACRAMENTO, Calif. (BCN) - Architect Thomas Dolan addressed state senators holding an Oversight Hearing in Sacramento today regarding the Oakland Ghost Ship fire, which claimed 36 lives on the night of Dec. 2, urging officials not to crack down on potentially hazardous live-work spaces as doing so could lead to displacement of residents in an already challenging housing market.

"Since the ghost ship fire I've devoted most of my time to the aftermath of that terrible event," Dolan said. "Ghost Ship was an outlier, but the other spaces I've visited are generally safe."

"It's been said there's a code problem," Dolan said. "The greatest problem is cost."

The Oakland-based live-work architect is referring to the potentially prohibitive cost of bringing warehouse spaces up to current building and fire code requirements when changing them over from commercial to residential or live-work spaces.

Fire sprinkler systems are expensive, but they can make a big difference in potentially fatal fires. Dolan said establishing a sprinkler fund at the state level would be an effective way to help prevent tragedies like the Ghost Ship incident in the future.

Dolan also said many live-work art spaces that currently hold all-night performances and social gatherings would be unable to do so as permitted event venues, which may discourage the people operating those spaces from voluntarily coming into compliance.

Developing a mechanism for allowing such all-night events to continue would help cities and counties throughout the state to ensure the safety of their communities, according to Dolan.

He suggested designating a new kind of affordable live-work designation specifically for low-income artists in response to the market pressures that drive creatives into unpermitted and potentially hazardous spaces.

Oakland Assistant City Administrator Claudia Cappio suggested looking to the state's historic building code, which allows for a broader interpretation of health and safety requirements. Dormitory occupancy designations, like the ones found on college campuses, might also be an effective way to ensure the safety of live-work spaces without displacing residents.

Committee chair Senator Mike McGuire said the next step would be to set up a working group to look at refocusing building and fire codes, potential model ordinances that local jurisdictions can implement and legislation to be enacted at the state level.

The working group's findings are likely to be presented at another hearing in summer or early fall, McGuire said.