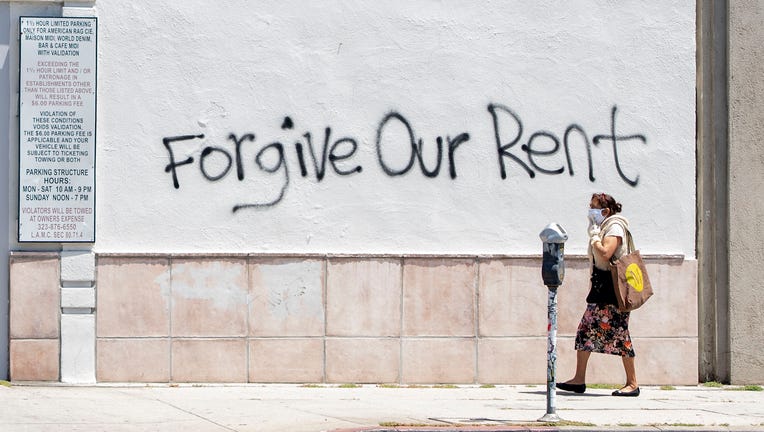 OAKLAND, Calif. - The Oakland City Council voted Tuesday to extend the city’s eviction moratorium until the state of emergency expires, which means that renters cannot be evicted in most cases, including COVID-related nonpayment, but will have to pay the owed rent when the state of emergency is over. These protections, which have an indefinite expiration date, coexist alongside Alameda County’s eviction moratorium, which provides similar protections until the end of September.

The amount of time renters have to pay back their owed rent is not specified in the Oakland moratorium, but the county ordinance allows people 12 months to pay the rent back without being evicted, during which time the owed funds will become a consumer debt. Both ordinances prevent tenants from being removed from their homes due to this debt, and from having an eviction judgement against them, which could impact long term housing security.

“It gives a tenant a level of protection that they will not be thrown out onto the street,” said Brian Brophy, associate attorney at Tobener Ravenscroft, LLP, a tenant’s rights law firm, of the Oakland ordinance. “And I think it's totally necessary. What it doesn't do is relieve those tenants of their responsibility to pay that rent right at a later date.”

Terra Thomas, an Oakland florist who has a genetic disease which puts her at an increased risk for COVID complications, lost all work and has not been able to safely find another job, or collect unemployment. She’s also not sure when she will, and she can’t pay her rent.

“Losing my housing would very likely be a death sentence for me,” Thomas said. “So having this moratorium extended, and tied to the state of emergency, it really allows me to take a breath.”

She said that although the moratorium does “kick the can down the road”, she is happy to know that she will have a home for the time being.

“The day after the state of emergency gets lifted, it doesn't tell me that I am not going to be in a huge amount of debt and out on the street shortly after, and that is terrifying,” she said.

While tenant’s rights attorneys expressed a level of satisfaction with the ordinance, with many also calling for further protections, including rent cancellation, the East Bay Housing Association, which represents landlords, emailed a statement to KTVU condemning the moratorium and stating that the order “infringes on basic Constitutional protections for property owners.”

The association wrote that the pandemic has impacted both tenants and housing providers significantly, and that tenants have received economic support through unemployment and stimulus payments, while landlords have not.

“Rather than the Oakland City Council shifting the economic burden from one group to another and expecting property owners to exclusively bear the impact of the Eviction Moratorium, policy makers should provide renters assistance directly using existing programs or CARES Act Stimulus Funds,” the association wrote.

Reetu Mody, Managing Attorney at Centro Legal de la Raza, a law firm which represents tenants, said that most property owners in the Bay Area who are renting properties are not small landlords, but are real estate developers and property management companies. And for smaller landlords, there are more robust protections through the CARES Act and mortgage relief than exist for any renter protection on the state or federal level.

She also said that the financial considerations of landlords do not scale with the considerations of preserving peoples’ health and communities through maintaining housing. She said that, often, landlords are looking at their own personal money, but tenants have different stakes--their health, their safety and their community.

“We're looking at at least half a million to a million renters and Alameda County,” Mody said, and noted that this figure was based on a California Department of Housing and Community Development board presentation in June. “These are the essential workers. These are the children that go to school. These are health workers. These are the people who are holding the legacies of the community and the community's economic health. Putting them on the street, because they're in a crisis that nobody can control, that's not burden shifting. That's literally protecting the economy.”

Jackie Zaneri, a tenant’s rights attorney at the Alliance of Californians for Community Empowerment (ACCE) Institute, said that the “patchwork” of protections in the Bay Area and the state has created a lot of confusion among renters, as ordinances vary county-to-county and city-to-city. She said that she feels the state needs to provide clear and robust protections to renters.

Zaneri pointed to a statewide bill, called AB-1436, which she said has similar protections to Oakland’s ordinance, and also prevents tenants from being blacklisted from future housing due to nonpayment of rent during the pandemic.

Councilmember Dan Kalb, who co-sponsored the moratorium alongside Councilmember Nikki Fortunato Bas and City Attorney Barbara Parker, said that Oakland will likely be in a state of emergency until September, and that he believes it could go beyond that time. He also expressed concern for commercial tenants, which he said are not allowed state protections, and are at risk of being pushed out when the state of emergency is lifted.