Rats, mold and safety hazards are a constant worry for mother Melissa Rodriguez and her family who are living in deplorable conditions in East Oakland.&nbsp;2 Investigates has learned her landlord has been on the city's radar for years, but tenants of his rental properties say nothing is being done to fix&nbsp;the chronic issues.&nbsp;

OAKLAND, Calif. - Rats, mold and safety hazards are a constant worry for mother Melissa Rodriguez and her family who are living in deplorable conditions in East Oakland. 2 Investigates has learned her landlord has been on the city's radar for years, but tenants of his rental properties say nothing is being done to fix the chronic issues.

Rodriguez pays $2,000 a month to rent a three-bedroom, one bathroom home and says her family is forced to keep their clothes in plastic tubs and food in bins to avoid mold, mildew and rodents. To make matters worse, there are missing smoke detectors, improper or backwards door locks, loosely stacked bricks for stairs, and faulty electrical work throughout the house.

“I’m always sad,” Rodriguez said. “I’m thinking a lot about what I’m going to do to change what we are going through.”

Even with complaints and documented violations, the horrible problems persist. 2 Investigates found numerous homes where there are dilapidated and dangerous properties that were not adequately followed-up on by the city’s code enforcement. In some cases, the issues were closed out before being addressed, records show.

“It needs to be investigated,” Larry Brooks, director of Alameda Healthy Homes Department said. “We really need to be more proactive in order to prevent those situations from occurring so that the burden isn’t on the tenants.”

Brooks said the city of Oakland doesn’t have state certified code enforcement officers and lacks a rental inspection program to find issues before renters move in.

Tenants often times are afraid to complain for fear of retaliation by the landlord and being thrown out on the street.

In Rodriguez’s case, her current and previous rental home are two of dozens in Oakland owned by landlord Chi-kou Fan. 2 Investigates went inside several of them finding toilet issues, plumbing problems, children sleeping next to mold from the ceiling to the floor, crawling cockroaches, peeling paint and additional electrical hazards.

The paint and other lead hazards are suspected to have caused Rodriguez’s son, Alberto’s blood lead level to spike. He was diagnosed with lead poisoning and he’s being monitored in the home by a nurse to make sure the environment is safe. 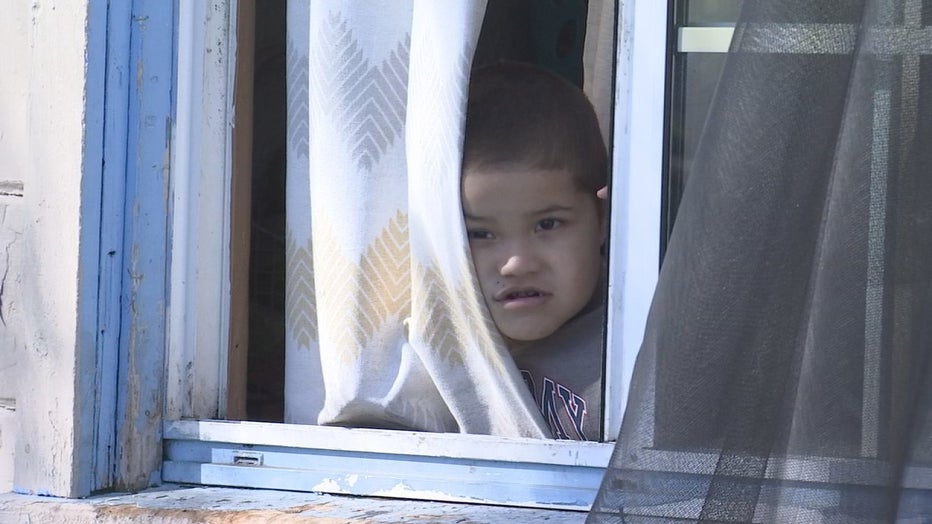 “Everyone in this family is sick because of the house,” nurse Diep Tran said. “They shouldn’t have to live like this just because they can’t afford to pay more rent. It’s just not healthy.”

Recent government-funded studies show low-income renters become trapped in the only housing they can afford and without coordination, problematic property owners slip through the cracks.

In fact, Chi-kou Fan was put on a list of Oakland’s worst property owners more than 20 years ago, yet families and children are still living with unsafe conditions.

Anne Omura was part of the task force that put Fan on that list. She now represents tenants as executive director of the Eviction Defense Center and said the city has failed on many levels to inspect, follow-up, and hold bad landlords accountable.

“It is frustrating that we have code enforcement aware of the problems in this unit, aware that this landlord for over a decade has been a problem but still we have these conditions existing,” Omura said.

The City of Oakland relies on a system that only inspects after a complaint. Despite several requests including emails, phone calls and text messages, city employees and officials refused an on-camera interview but said in a statement, “It [code enforcement] serves as a tool to address violations that are a direct threat to life and safety and bring them into compliance. The department also pursues cases and violations that impact quality of life, and impact safety and property values.”

Records show Fan has been cited and fined for problems in the past, however, a recent look inside his properties reveal a long list of issues. 2 Investigates questioned Fan outside his home in late January.

“These people, they always complain,” the landlord said. “I will not say I’ve done nothing wrong. Sometimes if they complain, I go take care right away.”

Still, people like Rodriguez aren’t satisfied and are now suing Fan for uninhabitable conditions. It’s a move his former tenants have done before including cases from nearly two decades ago.

“We don’t live the way we should be living,” Rodriguez said. “The mess is not because we want to have it like this.”