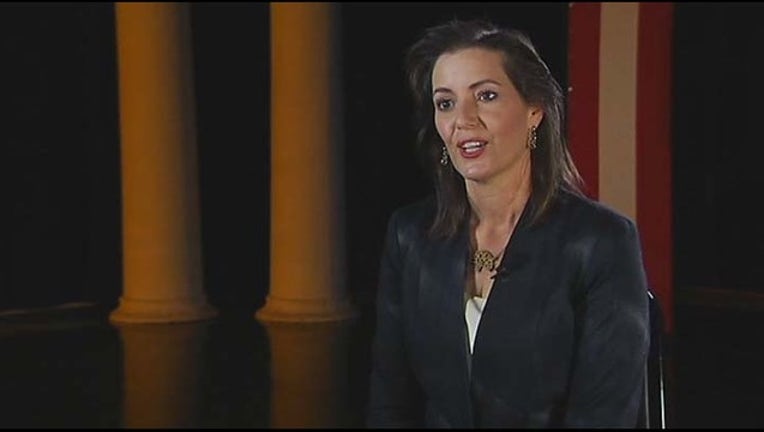 OAKLAND, Calif. (KTVU) – Oakland Mayor Libby Schaaf says it as been a whirlwind, but she's feel a strong foundation has been built during her first 100 days in office.

Schaaf sat down with KTVU Fox 2 on Tuesday to discuss safety and policing in Oakland, the efforts to keep the Raiders and Athletics from moving and attracting new residents and businesses to the East Bay city.

"You know, the first 100 days have gone very quickly," Schaaf said. "But I feel great about the foundation that is being built."

Schaaf knows that work needs to be done, but she is a strong supporter of the Oakland Police Department and the leadership of Chief Sean Whent.

"I've been very clear with our police department that I have very high expectations of them," she said. "I will hold them accountable for the highest professionalism and performance."

The mayor said community policing policies will continue and her goal is to add officers and much needed new equipment to the department that is undermanned and overworked.

"This year we are going to add some time with helicopters, which really enhance public safety," she said. "We're going to deliver the radios so that not just our police officers, but our firefighters have reliable communications."

Another of Schaaf's priorities is keeping the NFL Oakland Raiders and the American League Oakland Athletics from moving elsewhere.

The Raiders are considering a move to Los Angeles while San Jose continues its legal battle to allow the Athletics to move to the South Bay.

"We really are at the starting line," she said. "We are not even in the race. It's a complex project, but the great news is that all parties are all now speaking to each other."

Schaaf said the developer for a new stadium project wants to have an agreement with the Raiders in place by July in order to move forward with the plans.

"If that doesn't happen we would be back to the drawing board...but things are going well," she said.

On business development, Schaaf says she will continue to sell Oakland to businesses and future residents as the Bay Area's hidden secret.

"There is just a blossoming of energy of optimism of excitement of people wanting to invest here -- of people discovering our secret sauce of how cool we are," she said.