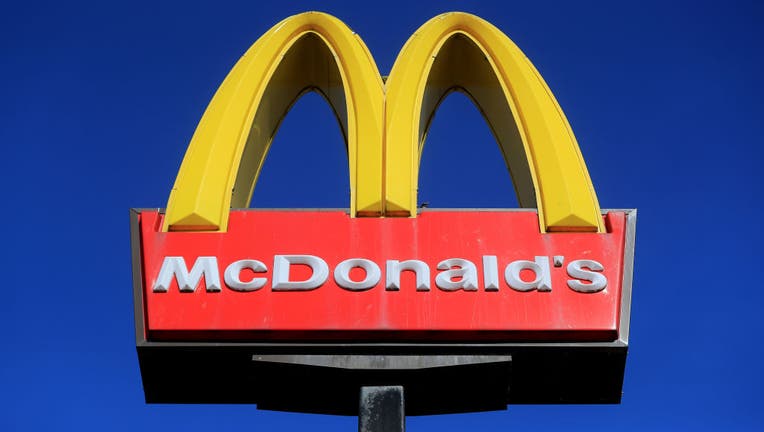 A view of the sign at a McDonald's restaurant and drive-thru.(Photo by Mike Egerton/PA Images via Getty Images)

OAKLAND, Calif. - A judge has ruled that a McDonald's restaurant in Oakland must remain closed after workers and family members were infected with the novel coronavirus.

Judge Patrick McKinney ruled in Alameda County Superior Court that the McDonald's at 4514 Telegraph Ave. cannot reopen until the owners can show that it will be in a manner that protects the public's health and safety, attorney Michael Rubin said Friday.

"That's what we asked for," said Rubin, who is representing the four workers and a worker's child in the case.

Thirty-five people have been infected, including a 10-month-old child, according to Rubin.

The lawsuit alleges that the management and owners of the restaurant discouraged employees from taking sick leave when they had COVID-19 symptoms and did not ensure safe working conditions.

The restaurant also failed to inform co-workers when their colleagues tested positive, according to the lawsuit.

Workers were told to come in even when they were not feeling well because supervisors said they didn't have enough workers to run the store, according to Rubin.

The restaurant closed, at least temporarily, on May 26. The 35 people include workers and some of their family members, as well as seven workers at a McDonald's in Berkeley who also work at the Oakland location, Rubin said.

"The allegations raised in this lawsuit do not represent the high standards set for and reality of our restaurant operations," he said.

"We've worked tirelessly since March to enhance nearly 50 processes in our restaurants to put crew and customer safety and well-being as our highest priorities," Smith said.

He said the use of personal protective equipment is mandatory and workers have been given PPE. He said the company has purchased 3,000 masks and 500 sets of gloves for the 375 employees "to further mitigate any risk of transmission in any of our restaurants."

The Alameda County Public Health Department is reviewing the restaurant's proposed reopening plan. But it does not contain any contact tracing, Rubin said, which he said needs to be done.

"Otherwise this contagion will continue to spread through our community," he said.

Alameda County public health officials were asked Friday whether they believe Smith's plan is sufficient and did not immediately respond to that question.

A hearing is set for July 2 when attorneys for the workers will ask the judge to keep the restaurant closed until the owner can demonstrate that the workers' and the public's safety is no longer at risk. Rubin said the current proposal is deficient.