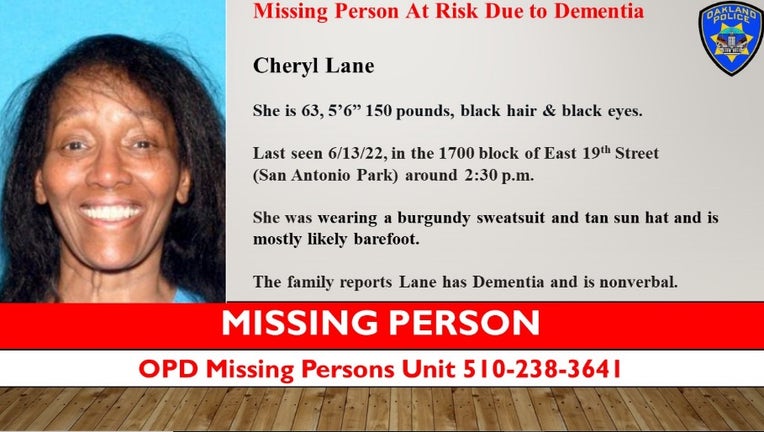 OAKLAND, Calif. - Oakland Police are asking for assistance to help find missing person, Cheryl Lane, who is at risk due to Dementia.

Lane was described as a 63-year-old black female. She is 5'6" tall, and weighs 150 pounds with black hair and brown eyes. The family told police that she has Dementia and is nonverbal.

If you have any knowledge or information regarding the whereabouts of Lane, please notify the Oakland Police Department's Missing Persons Unit at tel:5102383641.