OAKLAND, Calif. - A driver in Oakland is still alive because of the daring people who jumped to help Saturday.

Oakland Fire Department said they responded to the crash on Market & Stanford in North Oakland just before 8 p.m. where a man trapped in a car engulfed in flames had to be extricated using the jaws of life. A firefighter on scene said surrounding residents used home fire extinguishers, hoses, and bottles of water to keep him alive until they arrived.

Photos of the crash show a crumpled and burned black sedan wrapped around a pole, and a traffic light sitting on the roof of the car. 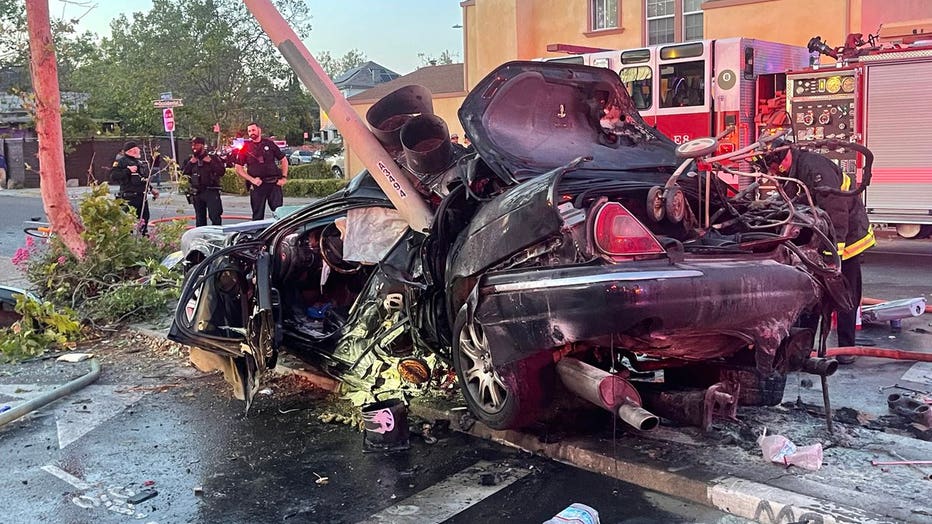 A mangled and burned sedan sits at an Oakland intersection where residents fought to keep the driver alive until fire crews arrived at the scene. Photo credit: Oakland Fire Department. 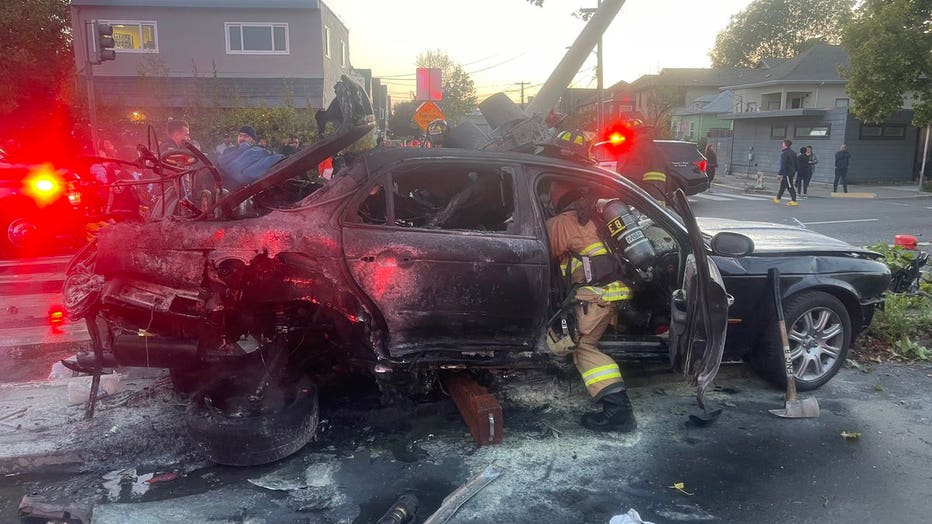 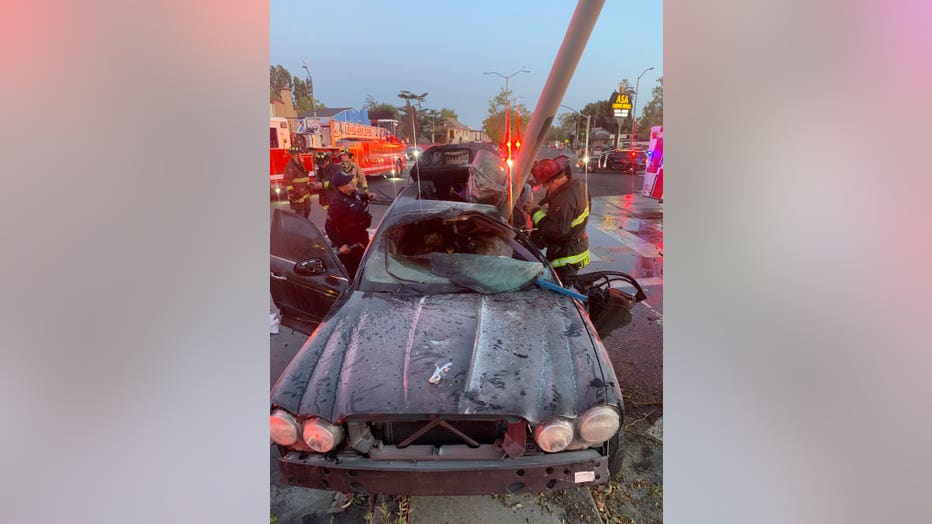 Witnesses said the man, driving north on Market Street, clipped the front of a blue car moving west on Stanford and then ran into a traffic light pole, according to the San Francisco Chronicle.

The woman driving the other car was uninjured. She and others who saw the crash said the black sedan burst into flames immediately after impact.

OFD said the man was taken to a hospital to be treated for burn injuries.